Getting a judge to allow challenges to Obama's eligibility to get the discovery stage would end this issue once and for all.
It's time for Obama to put up or shut up! Release whatever documents are sealed so the American public knows who they are voting for. Let's face it, we probably have a fraud serving as president.
theodore miraldi


by Art Moore
Arizona Sheriff Joe Arpaio and his Cold Case Posse lead investigator have submitted sworn affidavits in a Florida case challenging President Obama’s eligibility for the election ballot of the crucial swing-state that decided the 2000 presidential election.
Significantly, Judge Terry Lewis in Leon County – known for his rulings in the Bush v. Gore case at the center of the 2000 contested election – has confronted the White House for failing to support its claim that the term “natural born citizen” in the U.S. Constitution means something other than the offspring of two American citizens.

Lewis has scheduled a hearing for Monday at 9 a.m. at the Leon County Courthouse in Tallahassee to hear the Obama team’s motion to dismiss the case and determine whether it should go forward with discovery.
Affidavits from Arpaio, Cold Case Posse lead investigator Mike Zullo and WND author and senior reporter Jerome Corsi have been filed ahead of the hearing. The briefs support the complaint’s charge that there is evidence Obama is constitutionally ineligible for the White House and, therefore, original documentation is needed to determine whether he should be on the ballot.
Attorney Larry Klayman, founder of the Washington, D.C., watchdogs Judicial Watch and Freedom Watch, is representing a registered member of the Democratic Party, Michael Voeltz, who has filed the complaint as a Florida voter. Klayman’s work is supported by the non-profit ConstitutionActionFund.org.
Klayman told WND today that unlike other Obama eligibility cases, this case “likely will go the distance” because of the strength of Florida law, which provides voters with the right to challenge a candidate’s eligibility.
“The judge must make a decision based on eligibility,” Klayman explained. “He can’t sidestep it as judges in other states have attempted to do.”
Florida “is our best hope to get rulings on the merits.”
Klayman said he’s confident his client “has an absolute right to challenge Obama’s eligibility on the Florida ballot.”
“As a Floridian,” he added, “I’m proud that the court has the legal means to make a determination on Obama’s eligibility and pray that this court will follow the law.”
Also at issue in the case is whether it is the duty of Florida Secretary of State Ken Detzner and the state Elections Canvassing Commission – named as defendants – to ensure that all candidates on the state’s ballot are eligible.
In a hearing May 31, Lewis noted that while Klayman’s brief cited a U.S. Supreme Court’s decision defining “natural born citizen” as the offspring of two citizens of the nation, the White House’s arguments provided no citations.
Sign the petition now to show members of Congress how many Americans demand constitutional integrity.
As WND reported, the Florida eligibility case points out that Obama posted on the Internet an electronic image of a purported birth certificate alleging he was born in Hawaii to an American citizen mother and a Kenyan father. The complaint notes that Arpaio’s investigation found probable cause that the document is a forgery. But it argues that even if Obama was born in the U.S., he is not a natural-born citizen, because his father was a foreign citizen. 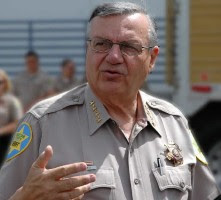 Sheriff Joe Arpaio
Arpaio recounts in his affidavit how, in response to the request of Maricopa County residents, he commissioned a team “of former police officers and attorneys who have worked tirelessly since last October, looking into this controversy.”
“Upon close examination of the evidence,” Arpaio states, “it is my belief that forgery and fraud was likely committed in key identity documents including President Obama’s long-form birth certificate, his Selective Service Registration card, and his Social Security number.”
Zullo states in his affidavit that he advised Arpaio that the document posted by the White House as Obama’s birth certificate represents two crimes: fraud in its creation and fraud in its presentation to residents of Maricopa County and the American public as “proof positive” of Obama’s birth in Hawaii.
His investigators further determined, he says, that the Hawaii Department of Health has engaged “a systematic effort to hide from public inspection whatever original 1961 birth records the Hawaii Department of Health may have in their possession.”
Freshly updated! Find out what Obama’s story truly is, in “Where’s the REAL Birth Certificate?” by Jerome Corsi. Or join in the billboard campaign that seeks the answer to “Where’s the Real Birth Certificate?”
Zullo points to five videos the Cold Case Posse produced at a March 1 news conference to demonstrate why the White House document is suspected to be a computer-generated forgery.
“The videos illustrate point-by-point the investigators’ conclusion that the features and anomalies observed on the Obama long-form birth certificate were inconsistent with features produced when a paper document is scanned, even if the scan of the paper document had been enhanced by Optical Character Recognition (OCR) and optimized,” Zullo’s affidavit states.
Corsi’s affidavit says his research continues to indicate “key identity papers for President Obama have been forged,” including the birth document released by the White House and his Selective Service registration form.
Klayman also is submitting, as part of Corsi’s affidavit, a copy of the WND reporter’s book Where’s the Birth Certificate?”, which presents a detailed explanation and history of the natural-born citizen clause and its relevance to Obama.
‘The framers were not stupid’
At the May 31 hearing, Judge Lewis responded to briefs filed by Obama’s team that argued it would be an undue burden and expense for the president to fulfill requests for evidence and testimony in the case. 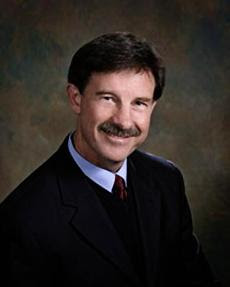 Judge Terry Lewis
The judge then demanded that Obama’s attorney’s cite the authority on which they based their argument that it isn’t necessary to have two citizen parents to be a natural-born citizen.
Klayman has cited the U.S. Supreme Court case Minor v. Happersett from 1875, which defined natural-born citizen as the offspring of two U.S. citizens.
“The framers were not stupid,” said Klayman. “They understood that a president with divided loyalties could present a security and other risks for our nation.”
Lewis ordered further briefing on the natural-born citizen issue before Monday’s hearing.
Klayman has explained in his court filings that Florida’s election statutes provide broad protections for voters to ensure the integrity of the election system. A Florida law enables voters to challenge the nomination of a candidate on the basis of eligibility.
The complaint asserts that because state officials have sworn an oath to “support, protect, and defend” the Florida and U.S. constitutions, they are “duty bound to uphold the eligibility requirements.”
Hard decisions
Klayman, noting Lewis’ decisions in the Bush v. Gore case in 2000, described Lewis as “a judge who is not afraid to make hard decisions.”
“In the Gore v. Bush case he ruled on occasion in favor of Bush even though he generally leans left,” Klayman said in a previous interview. “I am hopeful he will do the right thing and rule that the Florida secretary of state must verify Obama’s eligibility to be on the ballot for the Florida presidential election.”
Prior to his part in the Bush v. Gore case, Lewis drew national attention for overturning a 1999 law requiring that parents of minors be notified 48 hours before their daughters have an abortion.
In his ruling, he wrote “not every minor comes from a Norman Rockwell family.”
“Some have problems with abuse if their parents are consulted,” Lewis said.
http://www.wnd.com/2012/06/sheriff-joe-challenges-eligibility-in-florida/
Posted by theodore miraldi at 7:57 AM