Does anyone wonder why are children are growing up to be sociopaths? 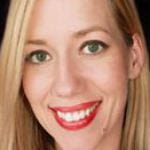 Chelsea Schilling is a commentary editor and staff writer for WND, an editor of Jerome Corsi's Red Alert, and a proud homeschooling mother. Schilling joined the Army at age 17, receiving the exceptional designation of expert marksman three times. In addition to WND, Schilling has worked as a news producer at USA Radio Network and as a news reporter for the Sacramento Union.Less ↑ 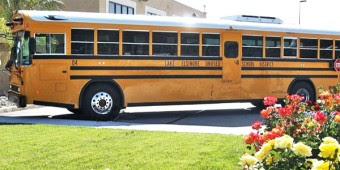 Men pretending to have homosexual intercourse, discussions of “kinky sex,” hats with plastic testicles and cross-dressing: It was all part of an official California public-school district retreat, a lawsuit says.
School administrators from the Lake Elsinore Unified School District have participated in the annual retreats since 2008, according to court documents.

The Press-Enterprise, a newspaper in Riverside, Calif., reported that an assistant principal has had enough, claiming she was the victim of sexual harassment, discrimination and a hostile work environment.
Kathryn Jones, 42, said the retreats were not optional; administrators were required to attend the events held at Coachella Valley hotels, where district leaders allowed and participated in the risqué behavior.
“You just shake your head at something like this,” Andrew Rosenberry, Jones’ attorney, told the paper. “The conduct is so outrageous.”
According to the Press-Enterprise, district spokesman Mark Dennis declined to comment, but school-board member Jeanie Corral confirmed that she had witnessed the events described in the lawsuit. However, she said she was surprised by the allegations because the incidents didn’t upset her.
“There was nothing that I found offensive,” Corral said.
But Jones told the Press-Enterprise the sexual humor at the retreats was distasteful.
“It doesn’t belong in a workplace,” she said.
According to the lawsuit, Jones complained about the retreats several times – and then she was demoted in 2011 from associate principal at Temescal Canyon High School to assistant principal at Luiseno Elementary School. Jones, a lesbian, also claims discrimination was a factor in her demotion.
The report states that Jones” supervisor at Temescal Canyon had given her outstanding evaluations and called her the “moral compass” of the school. After she sued, she was offered her current position as assistant principal at Elsinore High School in Wildomar.
In 2008, Jones claimed the retreat featured cross-dressing skits.
In 2010, the “Wizard of Oz” theme required administrators to dress as characters from the story – including male Assistant Superintendent Alain Guevara dressing as Dorothy.
In 2011, male district employees pretended to have sex with one another and act surprised that they had been caught in a video shown at the retreat, the lawsuit alleges.
According to the Press-Enterprise report, “Another video showed Guevara lying on a table with someone pretending to insert a probe for a colonoscopy, Jones said. The video then cut to footage from an actual colonoscopy, she said.”
Former superintendent Frank Passarella, now retired, reportedly announced the video at the 2011 retreat by telling administrators “everyone should know that it is all in fun.”
According to the complaint, Guevara told district employees to draw shapes and lines that were used to determine whether each attendee liked “kinky sex.”
The newspaper notes that attorneys provided a sexual harassment training workshop after the “kinky sex” incident, but they joked about the exercise.
Jones said the retreats also involved hazing incidents meant to humiliate new hires, including mandatory “rookie hats” – some with vulgar decorations.
“Before last year’s retreat, Jones said, Passarella emailed a list of employees who would be required to wear the hats. Jones” name was on it, she said, because she had been demoted. She objected beforehand but was told wearing the hat was not optional,” the Press-Enterprise reported.
“Jones said she got into a tearful confrontation with Passarella at the retreat in which he said wearing the hats was part of the district culture. He ultimately backed down, Jones said. She never saw the hat they wanted her to wear, Jones said, but another employee’s hat had a roll of toilet paper on it, along with Tums and Imodium bottles.”
According to the complaint, Guevara wore a hat featuring underwear and plastic testicles.
But school-board member Corral told the newspaper the events were meant to provide “humorous relief” from administrators’ daily work and help them get acquainted with one another. She also claimed the retreats were not mandatory.
“   No one was going to be singled out for retribution or criticism,” she said. “No one held a gun to anybody’s head. It was no big deal.”
http://www.wnd.com/2012/07/school-retreats-spotlight-kinky-sex-plastic-genitals/
Posted by theodore miraldi at 4:51 PM