Mail Reporter
PUBLISHED:00:26 EST, 29 September 2012| UPDATED:00:26 EST, 29 September 2012
Politicians looking for savings to deal with the national debt crisis should perhaps start by abolishing the President.
Barack Obama and his family cost the taxpayer $1.4billion per year, according to a recently published book.
By contrast, the British Royal Family costs less than $60million each year. 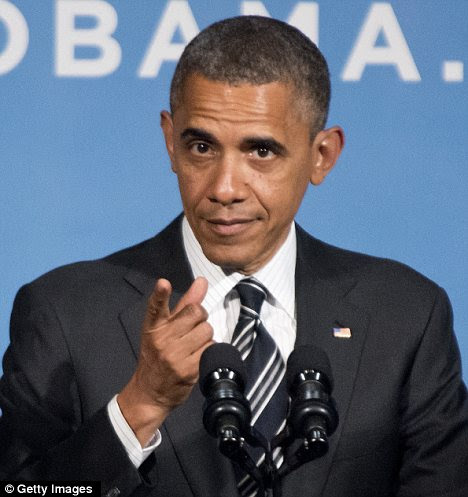 Pricey: Taking care of Barack Obama and his family costs the public over $1billion per year, according to a book on the cost of the presidency
Two of the principal costs of the the Obama presidency - and any other presidency - are staffing and security, according to Robert Keith Gray's book Presidential Perks Gone Royal.
When it comes to keeping the First Family safe, few would dispute that it is worth paying a high price to keep the President safe from harm. This means paying for hundreds of Secret Service agents, travel in the secure space of Air Force and funding a team of doctors to follow Mr Obama around.
But even this essential expense can be exploited to political ends, according to Mr Gray, a former staffer for Dwight Eisenhower, Richard Nixon, Ronald Reagan and George H.W. Bush. 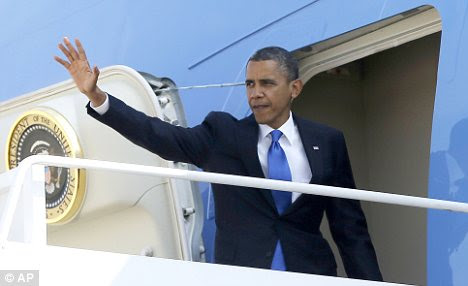 Air Force One: The presidential jet is one massive White House expense
When the President travels around the country on campaign, he is obliged to take Air Force One.
His party reimburses the taxpayer with the cost of a first-class air ticket per passenger - but this is far from the full cost to taxpayers.
It also provides a President running for re-election with a national transport network which is unavailable to his challenger.
Moreover, much of the money spent on Mr Obama's family goes to perks such as entertainment and household expenses.
For example, the White House contains a movie theatre which is manned by projectionists 24 hours a day in case one of the family feels like a trip to the cinema.
And even the Obamas' dog Bo costs the taxpayer thousands of dollars - his handler is reportedly paid over $100,000 a year.
Another huge presidential outgoing, according to Mr Gray, comes in the form of staff members who can be appointed by the commander-in-chief at his own personal discretion.
226 members of Mr Obama's staff are apparently paid over $100,000 - and the President can increase their salaries at any time.

Posted by theodore miraldi at 3:26 PM