A fresh start for Rome: My response NYPost

A fresh start for Rome 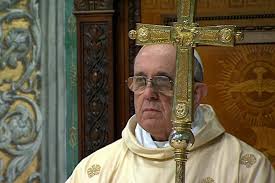 The Issue: The surprise election of Pope Francis, an Argentine known for his humility.

The Roman Catholic Church has elected a new leader, Pope Francis, the first Jesuit and Latin American to become Pope (“Meet the Pope,” Editorial, March 14).
The complexity of his appointment could revitalize a lost hope that has infused the hearts of over a billion Christians since the birth of Christ.
This Pope’s greatest quality is his humility, a virtue nearly lost forever in a world of arrogance and self-idolization.
Hopefully, he can teach us once again that self-examination leads to a better world for us all.