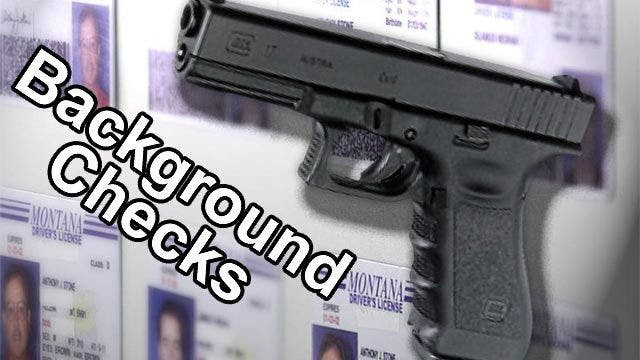 The Senate has defeated a vital amendment seen as the linchpin to Democrats' gun control bill, dealing a major setback to President Obama as he campaigns to expand the federal background check system.
The vote was 54-46, with supporters falling six votes short of the required 60-vote threshold.
The Senate is proceeding to several other amendments, but the failure of the background check proposal authored by Sens. Joe Manchin, D-W.Va., and Pat Toomey, R-Pa., imperils the entire legislation.
The proposal would have expanded background checks to gun shows and Internet sales while exempting personal transactions. The amendment was aimed at winning over reluctant conservatives -- without it, the background check plan in the main bill is more stringent, and in turn more unacceptable to conservatives.
It's unclear where supporters will go from here. They could try to vote again, or craft an alternative piece of legislation. The Obama administration has made the package, written in the wake of the Newtown school mass shooting, a top priority and along with its allies had applied pressure to wavering lawmakers. Vice President Biden presided over the vote Wednesday.
Though the bill advanced on a key procedural vote last week, it would likely need to clear the 60-vote threshold once more -- a very heavy lift without the Manchin-Toomey amendment.
In the run-up to Wednesday's vote, Democratic leaders gave ever-changing assessments of where support stood.
Biden said Tuesday that Democrats would get the 60 votes, but then said later in the day that it could come down to one or two senators.
Manchin acknowledged early Wednesday that the bill was having trouble, but then released a statement saying he remained "optimistic and hopeful."
Opponents needed just 41 of the Senate's 100 votes to derail the Manchin-Toomey background check plan.
Thirty-one senators voted last week to completely block debate on overall gun legislation. Two were Democrats -- Mark Pryor of Arkansas and Mark Begich of Alaska.
Since last week, enough Republicans who voted to allow debate switched to oppose Manchin-Toomey, in turn defeating the amendment.
Opponents, which included a few Democrats, voiced concern that the proposal would still infringe on Second Amendment rights by imposing a burden on those buying and selling guns. They also voiced concern about the possibility that the expanded system could lead to a gun registry, though the amendment language prohibits this.
"I believe very strongly that our current background check system needs strengthening and improving, particularly in areas that could keep guns out of the hands of felons and the mentally ill. At the same time, I cannot support legislation that infringes upon the constitutional right to keep and bear arms," Sen. Dean Heller, R-Nev., one of those opposed, said in a statement.
Only four Republican senators committed to voting for the amendment ahead of time. The latest was Sen. John McCain, R-Ariz., who announced his support Wednesday afternoon.
The Senate gun bill would extend background checks to nearly all gun purchases, toughen penalties against illegal gun trafficking and add small sums to school safety programs.
Perhaps helping explain Democrats' problems, an AP-GfK poll this month showed that 49 percent of Americans support stricter gun laws. That was down from 58 percent who said so in January -- a month after the December killings of 20 children and six aides at a Newtown, Conn., elementary school propelled gun violence into a national issue.
In a climactic day, the Senate planned to hold eight other votes Wednesday besides the one on background checks, all of them amendments to a broad gun control measure.
They included Democratic proposals to ban assault weapons and high-capacity ammunition magazines, which are expected to lose; a Republican proposal requiring states to honor other states' permits allowing concealed weapons, which faces a close vote; and a GOP substitute for the overall gun measure.
The concealed weapons amendment, seen by advocates as protecting gun rights, was vehemently opposed by gun control groups, who say it would allow more guns into states with stricter firearms laws.
The votes were coming a day after former Rep. Gabrielle Giffords, badly injured in a 2011 mass shooting in Tucson, Ariz., and her husband, Mark Kelly, tried galvanizing gun control support by visiting Capitol Hill and attending a private lunch with Democratic senators. Reid, D-Nev., called the lunch -- senators said it included emotional speeches from lawmakers -- "as moving as any" he has attended.
The Associated Press contributed to this report.