'Some here should be sent back home or sent to prison' 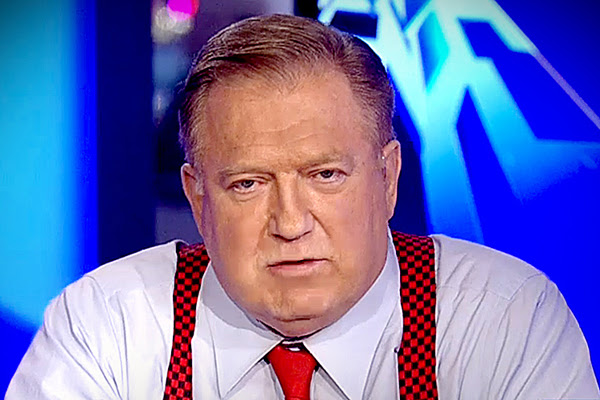 Bob Beckel, left-leaning co-host of "The Five" on the Fox News Channel


One of the most famous liberal voices in America is now suggesting the U.S. cut off Muslim students from coming to America, as well as deporting some of those already here and even sending them to prison.
Bob Beckel, the former campaign director for Democratic presidential candidate Walter Mondale and current co-host of “The Five” on the Fox News Channel, made the bold statement on his show while discussing the Boston bombing suspects, who are Muslim.
“We know that, bottom line, in the Muslim communities around the world, they do not like us. They recruit people from poor areas and turn them into terrorists,” Beckel explained. “It’s not hard to recruit, though, because the hatred for the United States runs deep.”
“I think we really have to consider, that given the fact that so many people hate us, that we’re gonna have to cut off Muslim students from coming to this country for some period of time so that we can at least absorb what we’ve got, look at what we’ve got and decide whether some of the people here should be sent back home or sent to prison,” he continued.


Beckel’s remarks stunned top-rated radio host Rush Limbaugh.
“Has there been any reaction to this that you have seen or heard?” Limbaugh asked on his program Tuesday.
“Now if Pat Buchanan had said this, or if I had said this yesterday, or if Senator Jeff Sessions had said it, or if Rand Paul had said it, or if John Boehner had said it, or if George W. Bush at his library opening had said it, or if any Republican had said, ‘We need to send these Muslims back home, we need to consider the fact that we have to cut off Muslim students coming to this country,’ I’m stunned there hasn’t been [any reaction]. I’ve had cable news on all day. Nobody’s outraged at what Beckel said.”
Limbaugh wondered aloud why CAIR, the Council on American-Islamic Relations, has not voiced any objection to the suggestion.
“Why, that’s Islamophobic, isn’t it?” Limbaugh said. “It’s profiling, Islamophobic, it’s accusatory, it’s defamatory, it’s hate speech, it’s insulting, it’s presumptuous. It’s not the way we do things here in America. It’s anti-diversity, mean, judgmental, prejudicial, unfair, unjust, immoral, not useful, unhelpful, harmful, and there’s no reaction to this.”
The situation reminded Limbaugh of Japanese-Americans being sent to internment camps during World War II.
Limbaugh concluded,” Just like when FDR said, ‘You know what? We’re gonna put these Japanese, we’re gonna put them into these communes [to] get rid of them.’ You could hear the crickets.”

Posted by theodore miraldi at 4:30 PM