Government spends thousands of taxpayer dollars on NOTHING!

Government spends thousands of taxpayer dollars on absolutely nothing 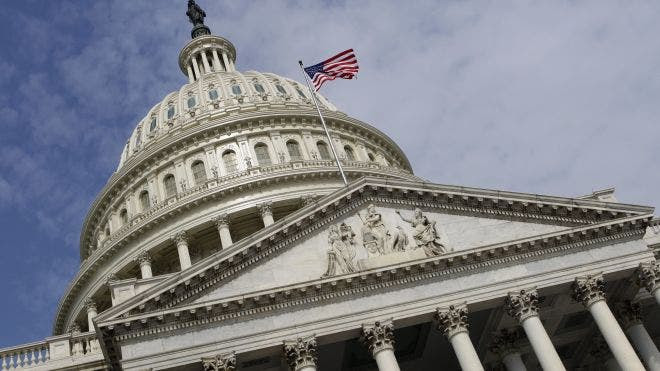 While the country continues to feel the sting of the budget cuts known as sequestration, the federal government continues to shell out millions of taxpayer dollars on something that yields absolutely no benefit -- non-existent bank accounts.
This year, the federal government will spend $890,000 on service fees for bank funds that have $0 balances. In 2012, taxpayers were on the hook for $2 million. The government could close the accounts and save the money, but no one has done the paperwork.
“If anyone had kept open a bank account with no money and was getting a charge every month, they would do everything they could to close it,” Thomas Schatz of Citizens Against Government Waste told The Washington Post. “It’s just lack of attention to detail. And poor management,” he said. “And, clearly, the fact that no one gets penalized for paying money to keep the accounts open.”
Here’s how it happens:
Federal agencies offer grants for a wide variety of services, research and other items. The money is put into individual bank accounts within a government-run depository. Recipients pull money from those accounts directly. The agency that creates the account is then charged a monthly fee, which goes back to the government depository and is used to cover the costs of operating it.
After the grant expires, they agency is put on notice and told to close the account. But before it can do that, it must audit the account. This process can take time but should be done within six months. Some grants could take longer to audit depending on the complexity. If an agency doesn’t comply, there is no formal repercussion. The empty accounts sit there, and as each month passes the service fees stack up. The cost, per month, per account – whether empty or not – is around $6.
According to the Government Accountability Office, there were nearly 28,000 of these phantom money suckers still in play in 2012. More than 13,700 accounts have had zero balances but remained open for three or more years past the grant expiration date.
The Obama administration has taken aggressive steps to cut down the number of zero-balance accounts. And while there have been a number of successes – more than 700 accounts were closed at the National Park Service – there also have been some failures. For example, the U.S. Agency for International Development has exactly the same number of open and empty accounts as it did in 2011.
Sen. Tom Coburn, R-Okla., who puts out an annual watchlist of eye-opening government expenditures, has said the zero-balance bank accounts are another example of a “let them eat caviar" attitude in D.C.
Many lawmakers have called on the White House to push agencies to fix the problem faster.
Nancy Gunderson, who oversees grants at the Department of Health and Human Services, told the Post her department would continue its “efforts to accelerate grant closeouts."
Health and Human Services is one of the agencies that have closed a chunk of their zero-balance accounts. At one point it was paying fees on 21,000 accounts. Today, the total stands at just under 9,300.