'U.S. has missed vital and broader perspectives in South Asia' 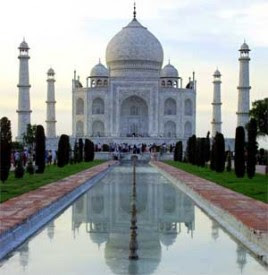 WASHINGTON – The United States more than ever needs India as a strategic partner in South Asia to be a counter-balance for China and to help rein in the Taliban in Afghanistan. But Indian officials are disappointed and believe the U.S. can and should do more, according to report from Joseph Farah’s G2 Bulletin.
“The United States has missed viewing the vital and broader perspectives of India’s significance on the strategic canvass of South Asia and Asia as a whole,” according to Dr. Subhash Kapila of the South Asia Analysis Group.
Other than rhetoric, the U.S. is not viewed as contributing “in any way” to reinforcing India’s strategic interests or raising India’s political profile in South Asia or to assist India in emerging as a major global power.
There also is another aspect of India’s significance that seems to have bypassed Washington and that is its prominent position in the emerging BRICS economic powerhouse that takes in more than half of the world’s population.
BRICS is an economic and growing political powerhouse comprised of Brazil, Russia, India, China and South Africa.
“When the United States is in a reverse reset mode on its Pakistan and Afghanistan policy formulations, India’s strategic sensitivities seem once again foredoomed to be trampled on,” Kapila said. “What sort of a partnership is this?”
India and the U.S. entered into a strategic partnership three years ago. Observers believe Washington undertook this partnership to placate Indian complaints that the U.S. was showing more favoritism toward Pakistan, India’s nemesis.
At the time, Pakistan was regarded as a major element in the U.S. war effort in neighboring Afghanistan and was used as an essential supply line for troops from the U.S. and the North Atlantic Treaty Organization.
But then Pakistan harbored militant insurgents who used Pakistan as a base to attack U.S. and coalition troops in Afghanistan. The U.S. followed up, resorting to the use of pilotless drones to track down the insurgents and bomb them in their hideouts without having to commit U.S. troops, which the Pakistani government would not allow anyway.
Yet, the U.S. seeks to reset its relations with Pakistan. The observation from India is that the new U.S. Secretary of State, John Kerry, is very pro-Pakistani.
Regional observers are concerned that the U.S. strategic partnership with India is not diminishing the ongoing military threat to India from China and Pakistan.
One observer said that the reset with Pakistan that began in the first Obama administration has gained momentum in the second while “pragmatic cooperation with India has lessened.”
Kapila said that there has  been serious national security damage inflicted on India since the strategic partnership was devised three years ago.
Read more at http://www.wnd.com/2013/04/indias-strategic-partnership-failing/#q2okssyMHI2uPkyx.99

Posted by theodore miraldi at 9:37 AM