Democrat officials convicted of making up names for qualifying petition 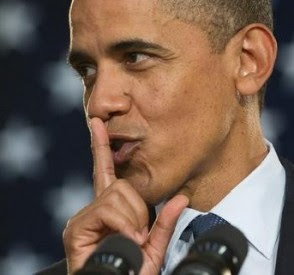 Two Democrats in Indiana have been found guilty of submitting unauthorized names on the petition that placed then-Sen. Barack Obama on the 2008 presidential election primary ballot, meaning he likely did not qualify.
Fox News reports the jury in South Bend found guilty on all counts former longtime St. Joseph County Democratic Party chairman Butch Morgan Jr. and former county Board of Elections worker Dustin Blythe.
The two faced accusations of petition fraud and forgery, as well as falsely making a petition.
The verdicts raise anew questions about election fraud by Democrats, a subject that wasanalyzed after the 2012 election.
The report found vote fraud occurred in the 2012 presidential election and cumulatively was likely enough to decide the outcome.
“In reality, although no single instance or aspect of vote fraud was likely enough to tip the election for Obama, the aggregate of their [Democrats] corrupt activities – including illegal campaign donations, taking advantage of states without voter ID requirements, military ballots delivered too late … may well have been,” the analysis said.
Sign WND’s petition urging Congress to investigate fraud and abuse in America’s election system!
Fox News reported that two former Indiana elections board officials who pleaded guilty said Morgan told Democrat officials and workers to fake the names and signatures that Obama and Hillary Clinton needed to qualify for the presidential race.
Prosecutor Stan Levco told Fox, “I think this helped uphold the integrity of the electoral system. Their verdict of guilt is not a verdict against Democrats, but for honest and fair elections.”
Affidavits citing the testimony of former Board of Registration worker Lucas Burkett said the scheme was created in January 2008. Burkett reportedly was aboard the plan at first but later dropped out. Fox News reported he waited three years to reveal the scheme.
Fox News notes that if revelations about any forgeries were raised during the election, the petitions could have been challenged at that time.
A candidate who did not qualify with enough legitimate signatures at the time could have been removed from the ballot.
State law in Indiana requires candidates to have 500 signatures from each of the nine congressional districts to qualify. But in St. Joseph County, Obama qualified with only 534.
Prosecutors alleged that nine of the Obama petition pages apparently were forged, and each contained up to 10 names, bringing doubt on up to 90 names.
“If faked, [they] could have brought the Obama total below the legal limit required to qualify,” Fox News reported.
Fox reported it was told by “numerous voters” they did not sign their names, nor did they authorize their names to be used.
“That’s not my signature,” said Charity Rorie, a mother of four. “It’s scary, it’s shocking. It definitely is illegal.”
Added Robert Hunter Jr., “I did not sign for Barack Obama.”
WND’s extensive report on fraud in the 2012 race looked at claims that Obama, in some districts, got 100 percent of the vote, questions about absentee ballots and efforts by Democrats to prevent poll watchers from observing the election.
Some of the issues that were uncovered:
The report also found the election rolls nationwide in shambles. Pew Research Center published a report revealing election rolls in a shambles nationwide. It found:
The WND report also focused on the mechanics of the election: voting machines.
There were a number of complaints about electronic voting machines that tallied votes for Democrats despite a Republican vote and a few instances of the opposite case.
And the fraud didn’t go unnoticed. A few of the higher-profile cases:

Posted by theodore miraldi at 2:05 PM