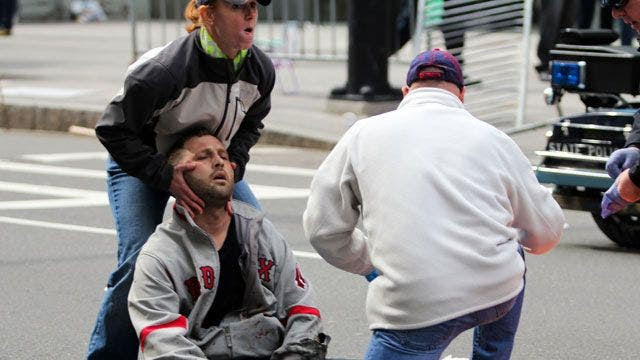 By Michael Goodwin
According to a relative of Tamerlan Tsarnaev, the Chechen immigrant believed there is “oppression of the Muslim population around the world.” The relative described Tsarnaev to The New York Times this way: “He was angry that the world pictures Islam as a violent religion.”
Bombing the Boston Marathon was the Tsarnaev brothers’ way of defending Islam. To say their argument boomeranged, however, isn’t fully true. Not as long as the Obama administration puts religious blinders on the defenders of our homeland.
At its core, the Boston case reveals two fundamental truths. One, not all Muslims are terrorists. Two, in recent times, almost all terrorists are Muslims.
Willie Sutton robbed banks because that’s where the money is. Police didn’t catch him by staking out lemonade stands.
By the same logic, preventing terrorism requires close scrutiny of Muslim men leaning toward violent jihad. Had they followed that logic, the FBI could have prevented the bombing.
But with each passing day, it becomes maddeningly clear that political correctness was complicit in the failure. President Obama’s stubborn refusal to connect the dots to Islam isn’t just a personal tic. It reflects the policy he has spread throughout the bureaucracy, including law enforcement and the military.
At the least, orders to “see no Islam evil” created extra hurdles for those trying to keep America safe. At the worst, they opened the door to the bombers.
The moral of the story is that political correctness kills.
We already knew that from the shooting at Fort Hood, Texas, where 13 service members allegedly were murdered by Maj. Nidal Malik Hasan. Witnesses say he shouted, “God is great,” in Arabic as he started a massacre that also left 30 other people injured.
Although Army brass and anti-terror officials knew Hasan, a psychiatrist, was a radicalized Islamist, they took no action for fear of violating his rights. His colleagues called him belligerent, paranoid and schizoid, but he was promoted. When Hasan communicated about suicide bombings with Anwar al-Awlaki, an American-born terror leader living in Yemen, his superiors remained silent.
All this happened when George W. Bush was in the White House.
After Hasan allegedly turned Fort Hood into a bloodbath in November 2009, the Obama administration termed the shooting “workplace violence” instead of a terrorism, an outrageous designation that remains in place. In a remark that still takes the breath away, the Army chief of staff, Gen. George Casey Jr., declared that, “as horrific as this tragedy was, if our diversity becomes a casualty, I think that’s worse.”
http://www.nypost.com/p/news/local/see_no_evil_nTVTUfrMkPRRBJnKsW5D3L
Posted by theodore miraldi at 8:44 AM