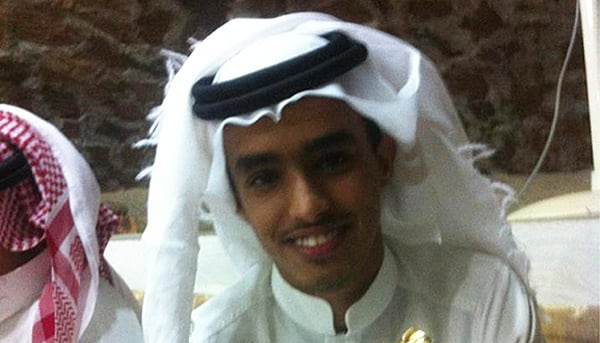 An expert on terrorism says the Saudi national who was the original “person of interest” in connection with Monday’s Boston Marathon bombing is going to be deported from the U.S. next week.

The foreign student from Revere, Mass., is identified as 20-year-old Abdul Rahman Ali Alharbi.
“I just learned from my own sources that he is now going to be deported on national security grounds next Tuesday, which is very unusual,” Steve Emerson of the Investigative Project on Terrorism told Sean Hannity of Fox News Wednesday night.
The Reuters news agency reported President Barack Obama met with Saudi Foreign Minister Prince Saud al-Faisal on Wednesday, noting “the meeting was not on Obama’s public schedule.”
After that meeting was mentioned, Emerson told Hannity, “That’s very interesting because this is the way things are done with Saudi Arabia. You don’t arrest their citizens. You deport them, because they don’t want them to be embarrassed and that’s the way we appease them.”
Meanwhile, Tuesday morning, a meeting Secretary of State John Kerry held with the Saudi foreign minister was abruptly closed to press coverage.
“The State Department initially provided no reason for the change, which was announced just 15 minutes before the scheduled 10 a.m. session,” reported Politico.
But later in the day, department spokesman Patrick Ventrell said the preclusion of news media from the meeting was due to Kerry’s busy schedule.
“This was just a scheduling change on our part,” Ventrell said.
Journalists found the claim hard to believe, as they had been told the meeting would include a so-called “camera spray” at the beginning of the session.
“Are you really trying to say that this [meeting was moved from a] camera/photo op to being closed, for scheduling reasons? Is that seriously your answer: that because the secretary was tired after 10 days on the road and is going to the Hill tomorrow?” Matt Lee of the Associated Press asked.
“What I’m saying is he has a very tight schedule here in the building and elsewhere,” Ventrell said, noting the fact Kerry met with Al-Faisal amidst that busy schedule reflects the importance of the U.S. Saudi-relationship.
“So does it save time somehow, canceling the photo op? It doesn’t wash,” Lee replied. “I find it hard to believe that you expect us to believe that that’s the real reason for this.”
WND reported Wednesday morning that the Saudi student Alharbi shares the same last name as a major Saudi clan that includes scores of al-Qaida operatives.

Some in the clan are senior al-Qaida members while others are reportedly being held by the U.S. in the Guantanamo Bay detention camp in Cuba.
Two Saudi nationals were reportedly injured in the bombings in Boston, with one, Abdul Rahman Ali Alharbi, initially put under armed guard at a hospital. Alharbi is reportedly studying in the U.S. on a student visa.
A large group of federal and state law enforcement agents reportedly raided Alharbi’s apartment in Revere, Mass.
CNN reported the search took place by consent, according to a federal law-enforcement source, meaning no search warrant was needed
Now the Saudi embassy in Washington has said Alharbi was no longer under detention and is not a suspect in the bomb blasts.
Saudi diplomat Azzam bin Abdel Karim reportedly visited Alharbi in the hospital.
Nail Al-Jubeir, a spokesman for the Saudi mission in Washington, stated that U.S. authorities told the embassy “no Saudi national was a suspect in the Boston Marathon attack and that the Saudi national in question was a witness, not a suspect.”
While it is not clear whether the Alharbi questioned as part of the marathon probe is a member of the well-known Saudi clan, his Facebook page, reviewed by WND, lists him as Facebook friends with at least seven other Alharbis, located in both Boston and in Saudi Arabia.
One of the Alharbis on his Facebook friends list, Ahmed Alharbi, is listed as a pharmacy technician at the Saudi Ministry of Health. Most others live in Riyadh.
The Alharbi clan has long been active in al-Qaida. Khaled bin Ouda bin Mohammed al-Harbi, for example, is a Saudi national who joined Osama bin Laden’s mujahadeen group in the 1980s. He reportedly became an al-Qaida member in the mid-1990s. He turned himself in to Saudi authorities in 2004 as part of an amnesty deal.
The BBC reported Khaled Alharbi was married to the daughter of al-Qaida’s number two, Ayman al-Zawahri. He reportedly appeared with bin Laden in a video praising the Sept. 11, 2001, attacks.
Another top al-Qaida operative is Adel Radi Saqr al-Wahabi al-Harbi, a Saudi national identified by the State Department as “a key member of an al-Qaida network operating in Iran.”
The State Department has offered a multimillion-dollar reward for the capture of Abdel Alharbi, saying he is an Iran-based al-Qaida facilitator who serves as the deputy to Muhsin al-Fadhl, who runs al-Qaida’s Iran network.
On his website, former Palestinian Liberation Organization operative Walid Shoebat translated a list of the Saudi government’s 85 wanted al-Qaida members.
The list includes several members of the Alharbi clan:
Shoebat also points out that several Alharbi clan members are being held by the U.S. government at Guantanamo Bay, including Salim Salman Awadallah Al-Saidi Al-Harbi, Majid Abdullah Hussein Al-Harbi, Muhammad Abdullah Saqr Al-Alawi Al-Harbi, Ghanem Abdul Rahman Ghanem Al-Harbi and Muhammad Atiq Uwaid Al-Awfi Al-Harbi.
Additional reporting by Aaron Klein and Joshua Klein.

Read more at http://www.wnd.com/2013/04/u-s-deporting-saudi-person-of-interest/#fHwSkyIUQwSXyDXe.99
Posted by theodore miraldi at 8:31 AM