MSNBC, Fox News head in opposite directions for ratings 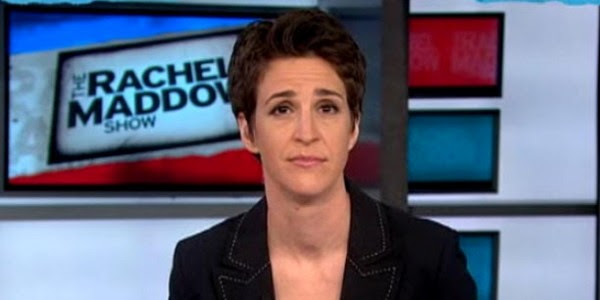 
Barack Obama is not the only one feeling the heat from a series of recent scandals.
Apparently, news media generally sympathetic to the president’s agenda are plunging as well.
According to Deadline.com, “after double-digit gains during last year’s presidential election, May 13-17 saw the progressive-aligned [MSNBC] hit new lows as the IRS scandal erupted and revelations that the Justice Department secretly obtained AP records became public.”
MSNBC recorded its least-watched and lowest-rated total-day results of the year last week, with 350,000 viewers on average and 94,000 in the adults 25-54 demographic.
According to ratings data from Nielsen, that was also the lowest total-day demographic result the network experienced in the past seven years, specifically since the week of June 26-July 2, 2006, when MSNBC attracted only 83,000 viewers among adults 25-54.
MSNBC’s total day results last week plummeted 17 percent in viewers and 22 percent among the demographic from the comparable May 14 to May 18 week of last year.
And during primetime viewing in the evening, the picture was even worse, as MSNBC’s steady decline from the start of 2013 continued.
“The network had 570,000 total viewers and 159,000 in the demo from 8-11 PM from May 13 to May 17, 2013. That’s the lowest-rated week of the year so far for MSNBC in terms of viewers and the third-lowest of 2013 in the demo,” reported Deadline.
“The week of May 6-12 was worst in the demo with 148,000 viewers when the network had 604,000 viewers on average. These latest results come as the news network’s recently launched and struggling ‘All In With Chris Hayes’ hit a new viewership low of 396,000 and its second-lowest demo audience of just 88,000 on May 14. It also comes on the heels of MSNBC falling in April ratings from its second place ranking of the year before.”
Meanwhile, the news is much brighter for the top-rated Fox News Channel, which brought in 1.491 million total day viewers and 283,000 in the demo last week.
“That’s Fox News’ second-most-watched week of the year after the week of the Boston Marathon bombings,” said Dominic Patten of Deadline.
“FNC had 2.396 million total viewers and 356,000 among adults 25-54 in primetime from May 13-17. That’s a 1 percent demo drop in total day and a 10 percent drop in primetime compared to the same frame last year. However it is a 31 percent total day viewership rise and a 17 percent primetime audience lift over the comparable week of May 14-18, 2012.”
Phil Griffin, president at MSNBC, said earlier this year his goal was to beat Fox News in the ratings  by 2014, after having surpassed CNN in 2012, as well as in February of this year.
But last week, MSNBC finished in fourth place after Fox News Channel, CNN and Headline News in viewers and among adults 25-54 last week.
Deadline noted that during primetime last week, MSNBC beat CNN’s 544,000 total viewers to snag third place but came fourth in the demographic after FNC, HLN and CNN.