Sheriffs plan to put feds back in their place

'Restoring liberty in America is not only possible, but already underway' 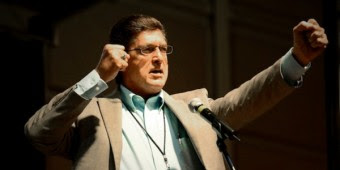 Sheriffs and peace officers from across the country will be meeting with likeminded supporters for a national convention focused on one goal: restoring constitutional rule in the United States of America.
From May 31-June 1, the Constitutional Sheriffs and Peace Officers Association, or CSPOA, will be meeting in St. Charles, Mo., for its Heartland of America Conference.
The purpose of the conference is to equip sheriffs, peace officers and public officials with information and public support to carry out their oaths of office – specifically, to uphold the U.S. Constitution – recognizing that in the case of federal overreach, the county sheriff may be the last line of defense in protecting Americans’ constitutional rights.
“We are going to train and vet them all, state by state, to understand and enforce the constitutionally protected rights of the people they serve, with an emphasis on state sovereignty and local autonomy,” explains CSPOA Founder and Executive Director Sheriff Richard Mack. “Then these local governments will issue our new Declaration to the Federal Government regarding the abuses that we will no longer tolerate or accept. Said declaration will be enforced by our Constitutional Sheriffs and Peace Officers.
“In short,” Mack says, “the CSPOA will be the army to set our nation free.”
Mack is more than familiar with fighting federal overreach. The former sheriff of Graham County, Ariz., in 1994 Mack joined six other sheriffs in challenging a provision of the federal Brady Bill placing the burden of its background checks on local sheriffs. The Supreme Court ruled 5-4 to strike down the provision.
Police Chief Larry Kirk of Old Monroe, Mo., told WND, “In the past few years we have seen many of the citizens of this country become concerned over the direction it has taken. We have watched personal rights being eroded and a disconnect developing between citizens and officers working in law enforcement.
“I wanted to find other officers that shared my concerns,” he continued. “I wanted to be able to work with our sheriffs and other peace officers in educating the citizens and others in our career field on the powers of the sheriff’s office and what is needed for us to stand on guard to protect our rights and those of our fellow citizens. The CSPOA is the organization at the front of this movement.
“The people of my state are seeing the overreach of government at the federal level and want to know where their sheriffs will stand,” he concluded. “The people of this state need to hear this message, and the sheriffs of this state need to hear it. Sheriffs and officers need the support of their communities, and we need to support them. This is the organization that can help educate us all on the proper roles that we should play and what we can do to stop the encroachment on our liberties and unalienable rights.”
Sheriff Mack further told WND, “In view of the culture of corruption, which seems so prevalent in Washington, many Americans are searching for hope and solutions that are both effective and peaceful. The purpose of the CSPOA convention is to offer absolute evidence that both indeed exist. Each attendee will leave with this evidence and a renewed hope that restoring liberty in America is not only possible, but already underway!”
The convention, to be held at the Ameristar Hotel in St. Charles, Mo., is free to all public officials and open to the public at large.
Register to attend the Heartland of America Conference at the CSPOA website now!
The trailer for a video featuring previous convention speakers can be seen below:
“We already have hundreds of police, sheriffs and other officials who have expressed a desire to be a part of this holy cause of liberty,” Mack explains.
In fact, CSPOA maintains a growing list of – at last count – 18 state sheriffs associations and over 450 sheriffs across the country already taking a stand against what they perceive as attempts by the Obama administration to enact unconstitutional gun-control measures.
As WND reported, Maricopa County Arizona Sheriff Joe Arpaio is among those after telling a local radio host the federal government is “going to have problem” if they expect him to confiscate guns from private citizens.
“I took [multiple] oaths of office, and they all say I will defend the Constitution of the United States,” Arpaio told Mike Broomhead of KFYI Radio in Phoenix, Ariz. “Now if they’re going to tell the sheriff that he’s going to go around picking up guns from everybody, they’re going to have a problem. I may not enforce that federal law.”
Broomhead pushed the man sometimes called “America’s toughest sheriff” even further, asking Arpaio if the feds passed a law banning ammunition magazines that hold more than 10 rounds, would his deputies confiscate such magazines?
“No,” Arpaio said. “My deputies, I said before, I’m going to arm all my deputies – a month ago I said before this – with automatic weapons and semi-automatic weapons. We’re going to be able to fight back. … I don’t care what they say from Washington.”
Larry Pratt, president of Gun Owners of America, told WND he supports sheriffs taking a tough stand.
“The county sheriffs need to act and make new deputies to stop federal authority in the counties,” Pratt said. “There is a misconception in our time that the court somehow is the arbiter of what is constitutional; that’s not true! Every official that raises their right hand and says they’re going to adhere to the constitution, seek to protect it to the best of their ability, ‘so help me God’ – that’s something that they’re all obligated to do.”