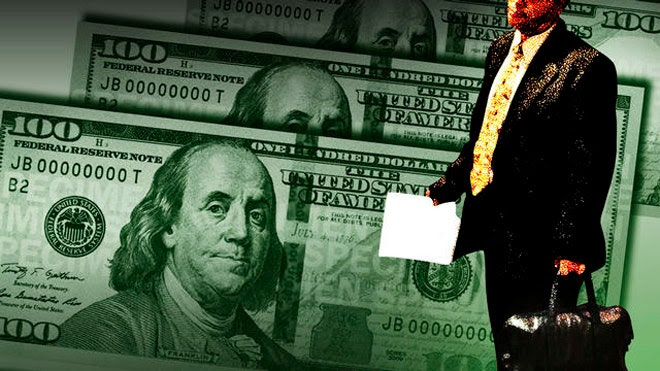 By Molly Henneberg
When it comes to economic growth and potential, it's better to be "red."
So says a new study out of the American Legislative Exchange Council, or ALEC, which ranked all 50 states in terms of their economic outlook -- and found those that tend to vote Republican had the most potential.
The "Red States, Poor States" study, the sixth of its kind to be released by the conservative think tank, measured states based on 15 factors, ranging from minimum wage laws to tax rates to labor policy.
Almost all of the top 10 tend to vote "red" in presidential and state elections. At the top of the list, for the sixth year in a row, was Utah.
"The real key to Utah is low tax rates, but more than that a predictable tax climate," said Jonathan Williams, with ALEC. "Utah legislators are very conscientious about the fact that they don't spend beyond their means and also they don't make changes in tax policy retroactively.  They make changes very gradually and they generally make them in a lower tax direction."
The bottom 10 states in economic outlook, Williams said, tend to be "blue" states with higher taxes and more restrictions on business development.
New York and Vermont round out the bottom two.
But not everyone thinks those states on the bottom are getting it wrong.
Tracy Gordon, with the Brookings Institution, said: "It's hard to say that states should try to pattern themselves after Utah."
Gordon noted states have different strengths and weaknesses.
"So for example, I know the authors are not fans of the income tax, but in good years the income tax performs very well in states like New York and California that rely on it heavily. So should California and New York try to look more like Utah? Probably not," Gordon said.
Another part of the ALEC study looked at the states' economic performance from 2001-2011.  The state that grew the most during that time was Texas, and the state that struggled the most was Michigan, according to ALEC's calculations. This part of the study was based on the states' gross state product growth, population shifts and job growth.
ALEC says this shows where states have been, and the 2013 economic outlook rankings show where the states are likely to go. This study did not take into account factors such as natural resources, weather and social policies, Williams explained.

Posted by theodore miraldi at 11:09 AM