By Sib Kaifee
It was the Obama administration that sealed the fate of the Pakistani doctor jailed for helping nail Usama Bin Laden, by divulging key details after the fact and dooming any chance Shakil Afridi's cover story could win his freedom, according to a confidential Pakistani report. 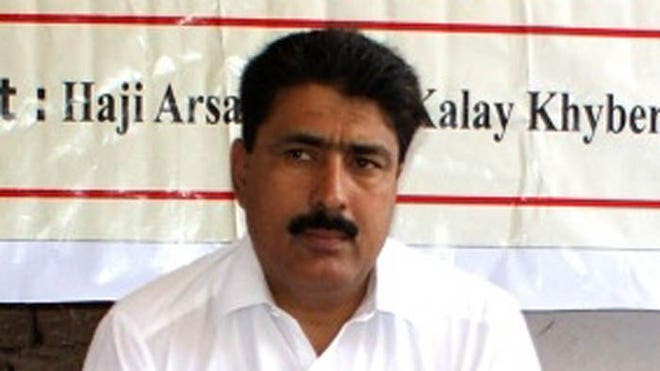 Dr. Shakil Afridi has helped the U.S., but now his supporters say the U.S. must do more to help him.


t was the Obama administration that sealed the fate of the Pakistani doctor jailed for helping nail Usama Bin Laden, by divulging key details after the fact and dooming any chance Shakil Afridi's cover story could win his freedom, according to a confidential Pakistani report.
When former Secretary of Defense and ex-CIA Director Leon Panetta publicly acknowledged Afridi's role in the ruse which helped the CIA pinpoint Bin Laden's presence in an Abbottabad compound, any chance that Pakistani authorities could help him get out of the country vanished, according to what some have called Pakistan’s version of the 9/11 Commission, a 357-page report from an independent body set up to probe the aftermath of the 2011 raid by Navy SEALs in which the Al Qaeda leader was killed.
“The statement by the U.S. Defense Secretary Leon Panetta, who was the CIA Director when May 2 happened, confirming the role of Dr. Afridi in making the U.S. assassination mission a success, rendered much of what Afridi told the Commission very questionable if not outright lies,” states the report, which has not been released, but which FoxNews.com has viewed.

“The lesson from the Afridi episode is, if it suits the political purpose of the Obama administration, you’ll be exposed and placed in jeopardy.”

Indeed, Panetta and others in the Obama administration were sharply criticized domestically for discussing the raid and efforts involving Afridi to obtain DNA from the compound's occupants by posing as a medical team offering vaccinations. Nearly five months before Afridi’s sentencing, while the doctor was being held and interrogated by Pakistan’s shadowy intelligence agency , Panetta spoke on record in an interview to CBS “60 Minutes” confirming Afridi's role in late January 2012. The statements came after Afridi had testified to the commission, and sharply contradicted his story.
“This was an individual, in fact that helped provide intelligence, that was very helpful in regards to this operation and he was not in any way treasonous towards Pakistan,” Panetta told the program in January, 2012, in the first acknowledgement of Afridi's role.
That prompted the Pakistani commission to conclude in its report that "Dr. Afridi had been cultivated by the CIA and ultimately used in its project to assassinate Usama Bin Laden.”
Panetta did not respond to multiple requests for comment. His spokesman, Jeremy Bash, had earlier told a Fox News Channel correspondent that Panetta wasn’t willing to talk to media.
Rep. Dana Rohrabacher, R-Calif., Afridi’s most vocal supporter in Congress, has been critical of the Obama administration's handling of Afridi's case. But he said he is skeptical of the report placing all the blame for his imprisonment on the U.S.
“It doesn’t take genius to figure out that the Pakistanis have been betraying us all along and Dr. Afridi is being used as a pawn in their game with the United States,” Rohrabacher said.
The Commission Report itself recommends a retrial for Afrid, who is now appealing his case. His family is holding out hope that American pressure can win his freedom, while his U.S. supporters have been critical of the Obama administration and State Department for its muted approach to the matter.
“We need to continue to put pressure on the Obama administration and the State Department to advocate for the immediate release of Dr. Afridi, not just a retrial,” said Rohrabacher, who wants the doctor to be recognized as an American hero
Afridi's lawyer in North West Pakistan has argued that Panetta’s statement further complicated an already convoluted matter concocted on trumped up charges without laying blame on U.S. or Pakistan. Afridi is serving a 33-year term in Peshawar Central Jail after being convicted by a tribal council of colluding with local militant group Lashkar-e-Islam. American lawmakers, diplomats and administration officials all believe the charges are a proxy for his role in assisting a foreign spy agency.
“The lesson from the Afridi episode is, if it suits the political purpose of the Obama administration, you’ll be exposed and placed in jeopardy,” said Thomas Fitton, president of Judicial Watch.
Panetta’s disclosure robbed Afridi of “plausible deniability” of a role in the episode. Even if Pakistani officials did not believe Afridi's account, his story may have provided cover for a diplomatic solution had Panetta not undermined it, he said.
The U.S. intelligence community was alarmed at the Obama administration's loose-lipped attitude toward the raid, according to New York Times reporter David Sanger’s book "Confront and Conceal," which claimed leaks prompted then-Secretary of Defense Robert Gates to angrily confront Obama’s National Security Advisor Thomas Donilon.
"I have a new strategic communications approach to recommend,” Gates is quoted as telling Donilon. “Shut the f@*k up!”
In addition to Panetta's interview, Kathryn Bigelow, director of “Zero Dark Thirty” the Hollywood movie which depicts “Operation Neptune” that killed Bin Laden, was given exclusive access to classified information.

Posted by theodore miraldi at 4:52 PM