China’s Plan to Use Terror Tactics Against the U.S. 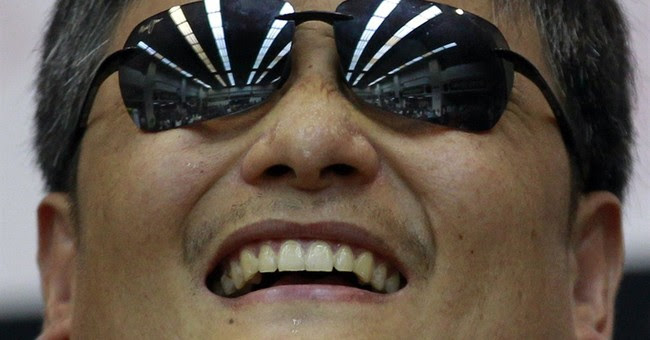 
In the wake of hacking attacks on financial, intelligence and defense assets here in the U.S. that have been consistently reported for over 15 years in the United States, it’s time to label China what it really is: a terrorist nation.
In fact it is the thought leader when it comes to methods of terror.
Even before Osama Bin Laden and 19 of his followers rocked the western world by slamming three planes into prominent financial and military landmarks China published “Unrestricted Warfare” as an attempt to compensate militarily for the West’s unrivaled technological edge.
More than just seeking to compensate, the book outlines how to use the West’s intricate financial, technological and sociological infrastructure as weapons in a war where there are “no rules, and nothing forbidden.” It advocates methods that have been become all-too familiar: hacking into websites, urban warfare, targeting financial institutions and using the media to create terror by unconventional, as well as conventional, military means.
“In future wars,” predict the authors, “there will be more hostilities like financial warfare, in which a country is subjugated without spilling a drop of blood…. such situations are by no means impossible, and if it had not been for the collapse of the Russian financial market, which caused the financial speculators to be under attack from the front and the rear, it is still hard to predict how things would have turned out.”
The book marvels at the technological changes that have occurred over the last 30 years.
But not in wonderment, it is rather in fear.
It calls George Soros’ attack on Asian currency financial terrorism, and points to Powell, Schwartzkopf and Ariel Sharon as politician/warriors that have blurred the distinction between statesmanship and war.
It seeks to create the impression that somehow America has broken the rules in warfare by promoting some or all of these phenomena and in doing so ushered in an era of change where only hope lies in unrestricted warfare.
Most startling is the book’s the contention that the 20th century has proven that war is far too important to be left to politicians. While, it acknowledges that politicians, scientists and even bankers all have some stake in war and war fighting, the authors seem to imply that the hierarchy of politicians has only pursued the chimera of making war less dangerous, while all the while making it more potent.
http://finance.townhall.com/columnists/johnransom/2013/06/28/unrestricted-chinas-plan-to-use-terror-tactics-against-the-us-n1629622?utm_source=thdaily&utm_medium=email&utm_campaign=nl
Posted by theodore miraldi at 2:45 PM