Chicago homosexual community shocked he could keep it secret... 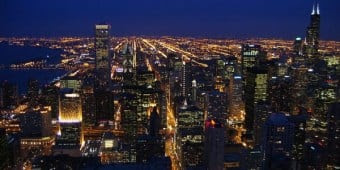