Bashing faith in America: The campaign 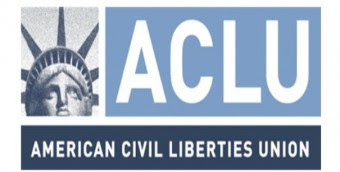 The campaign to bash faith in America until it vanishes from the public square has been unveiled in a new book called “Bad Samaritans: The ACLU’s Relentless Campaign to Erase Faith from the Public Square” by WND senior reporter Jerome Corsi.
It will get additional attention when Book TV airs a discussion by the author on Monday  at 7:30 a.m. Eastern Time.

Corsi’s discussion about “Bad Samaritans” took place at the 20th annual Eagle Forum Collegians Summit, hosted by the Heritage Foundation in Washington.
“If we do not fight this battle now, the United States of America will most certainly descend into a form of paganism not seen since the darkest days of antiquity,” he said.
He believes that liberty in America has always depended upon one thing: a citizenry that believes in God.
The nation’s Founding Fathers understood that without faith in God, rights and morality could not last, he writes.
Without religion, true freedom cannot long endure. So, for those who seek to take those rights away, transferring the individual rights given by God to the control of a secularist state, belief in God is the first tie to be severed, he said. 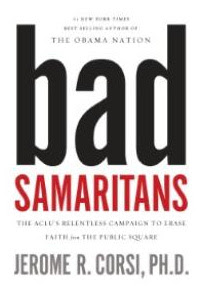 That brings into the picture the “leftists of the ACLU,” which for decades have battled against the concept of “one nation, under God.”
“Bad Samaritans” looks at the history of the ACLU and its radical agenda to separate America from its religious roots and remake the nation in its own atheistic image.
In a straightforward, no-nonsense style, Corsi lays out the history of this struggle, its communist roots and the court cases that are serving to slowly erode the foundations of freedom.
The results are evident, the book says: A culture flooded with pornography, placing little worth on the value of a human life and seemingly providing protection and special treatment for everyone except people with a Judeo-Christian worldview.