Egypt crackdown may not crush Brotherhood 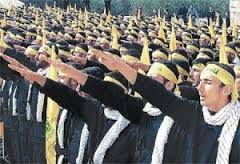 
CAIRO (Reuters) - Until Monday night, Farid Ismail was one of the few Muslim Brotherhood leaders who still answered his phone, even when many of his associates had been arrested or gone underground.
By Tuesday morning Ismail was nowhere to be found after the authorities seized the group's chief, Mohamed Badie, overnight.
The army seems determined to decapitate the Middle East's oldest and arguably most resilient Islamist movement, to prevent it from preparing a political comeback after President Mohamed Mursi, one of its senior leaders, was ousted on July 3.
Badie's arrest means the Brotherhood's most experienced and respected leaders are now behind bars. Others such as Ismail, if he remains free, must now be focused on staying out of jail.
The military's strategy appears clear: remove the top of a pyramid-shaped organisation in hopes that the rest will crumble.
Brotherhood members take their orders from the 120-member consultative Shura Council and 18-member Guidance Office, which send directives down via several layers of deputies.
The army's disruption tactics have already paid dividends.
The Brotherhood, which for six weeks managed to keep large protest camps going in Cairo to demand Mursi's reinstatement, is now struggling to get people onto the streets. The authorities, meanwhile, have tightened their grip with dusk-to-dawn curfews.
"To some extent they have succeeded. Turnout in the street is low," said Khalil Anani, an expert on Islamic movements. "For the short term the Brotherhood has received a major blow."
The army-backed administration has indicated it will show no mercy, taking a much tougher line than most past Egyptian governments. The Brotherhood saw its leaders and members locked up over decades, but it never faced such a wave of bloodshed.
DEMONISING THE BROTHERHOOD
Security forces killed hundreds of people, forcibly evicting Islamist protesters from the sit-ins on August 14. More died two days later during a Brotherhood "Day of Rage".
A spokesman for a pro-Brotherhood alliance said the total death toll among Mursi supporters was about 1,400, considerably higher than an official figure of about 900 dead in the past week, including around 100 soldiers and police.
The army has worked overtime to cast the Brotherhood as a terrorist group, a narrative that suggests the crackdown won't end any time soon. Humiliation seems to be part of the strategy.
Footage shown on local media within hours of Badie's arrest showed the bearded leader sitting grim-faced on a sofa in a grey robe, hands folded, while a man with a rifle stands by.
The general calling the shots, army chief Abdel Fattah al-Sisi, has taken a more aggressive line against the Brotherhood than Egypt's previous military-backed rulers. He has won wide public support for what he calls a campaign against terrorism.
But it is not clear whether Sisi's heavyhanded campaign can succeed in the long term.
The Brotherhood has long experience of pressure. Its leaders have endured hardship in jail and bouts of persecution under former President Gamal Abdel Nasser and his successors.
In veteran strongman Hosni Mubarak's era, the then-banned Brotherhood also felt a great deal of heat from the state.
In a sign of disarray within the movement, its Freedom and Justice Party newspaper reported that Mahmoud Ezzat, a former deputy to Badie, had been named temporary leader, only for the party to deny this hours later on its official website.
Still, Brotherhood supporters are downplaying the challenges ahead.
Sitting in a Cairo coffee shop, Nidal Sakr, a Brotherhood political strategist, glanced at a news programme about Badie.
"This is nothing new. We have seen it all before," he said, estimating that the authorities had arrested more than 3,000 middle- and lower-ranking Brotherhood leaders across Egypt.
CHARITY INFRASTRUCTURE
Sakr predicted that the Brotherhood would survive the latest blow, and make it back to politics within two or three years, because it would adjust, as it always has.
One key to its survival, he said, may be its vast and highly organised social welfare networks that made it popular in Egypt.
If those institutions remain intact, the Brotherhood may be able to weather state harassment in the long term.
"The organisation is based on social relationships with families, neighbours, schools, hospitals, institutions and orphanages," said Sakr.
"If you want to approach the Brotherhood you have to approach society," he said. "In the organisational sense it can be halted. But you cannot take it out of society."
The Brotherhood will surely bank on its tightly-knit structures to survive the onslaught from security forces. Regaining public confidence is another challenge altogether.
Mursi's year in office convinced many Egyptians that the group was mostly interested in monopolising power. His failure to fix the fragile economy also eroded the movement's appeal.
"People now don't accept speeches from Muslim Brotherhood leaders who are not in prison. Not one of them can walk the streets safely," said former Brotherhood official Kamal Helbawy.
The army is trying to capitalise on the public mood, and while security measures may keep the Brotherhood on the defensive, the strategy may ultimately backfire.
Without calls for restraint coming from senior leaders like Badie, a younger Brotherhood generation may be tempted to seek revenge as the army and security forces keep pushing.
"There is a fierce debate on whether they should resort to force," said Anani, adding that Islamist groups allied with the Brotherhood may also turn violent against the state.
"Say there are one million Islamists and 10 percent of them have guns. You are talking about 100,000 weapons."