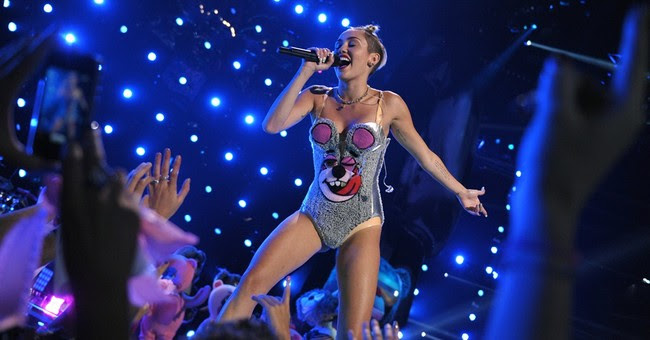 Bill O'Reilly
The singer Billy Ray Cyrus was supposed to be interviewed on television this week, but he canceled. And who could blame him? His daughter, Miley, embarrassed herself and her family on worldwide TV. Her narcissism on full display, the 20-year-old pop star simulated sexual activity with an older male singer while singing some kind of suggestive song. With millions of young people watching, the scene was as degrading as it was unnecessary.
As her father, Mr. Cyrus should be mortified by Miley's behavior. He's made no direct comment about it, but he should.
Generally speaking, there is an epidemic of bad parenting going on in America. The three teenage boys accused of murdering a young Australian man in Oklahoma were constantly in trouble, according to local authorities. After being apprehended, there were cries that they are "good kids." Bull. The overwhelming evidence is that they are thugs. A background check on their parents finds they are largely irresponsible and apathetic. One mother is even in prison.
In Spokane, Wash., two 16-year-old boys have been charged with beating a World War II veteran to death. The father of one of the accused killers told the press he doesn't understand how this could have happened. Then he admits he hadn't talked with the boy in weeks and that his grandmother essentially was raising him.
There is no question that American society is becoming increasingly callous and coarse, and part of the reason is that derelict moms and dads refuse to set boundaries for their children. Many parents are distracted and care more about themselves than their children, and the kids know it.
Some liberals want the government to replace bad parents by pouring billions of dollars into social programs that often wind up being babysitting services. This is a fool's errand. The government cannot overcome bad parenting. What our leaders can do is publicly condemn irresponsible parental behavior in vivid terms.
When was the last time you heard a powerful politician do that? The truth is, the powers that be are mostly afraid to mention the collapse of the traditional family, because secular-progressives attack any judgmental behavior on the part of a politician. According to the secular left, unless a public person is a saint, he or she has no right to cast aspersions on any parental situation.
Sociologists well understand that chaos at home causes violent behavior, educational failure and social alienation among children. Yet, many of us in America stay far, far away from this topic.
That in and of itself is a national scandal. Bad parenting is gravely harming this nation. Let's get that out in the open. And the campaign should begin with the president of the United States.
http://townhall.com/columnists/billoreilly/2013/08/31/the-content-of-character-n1685496?utm_source=thdaily&utm_medium=email&utm_campaign=nl
Posted by theodore miraldi at 7:12 AM