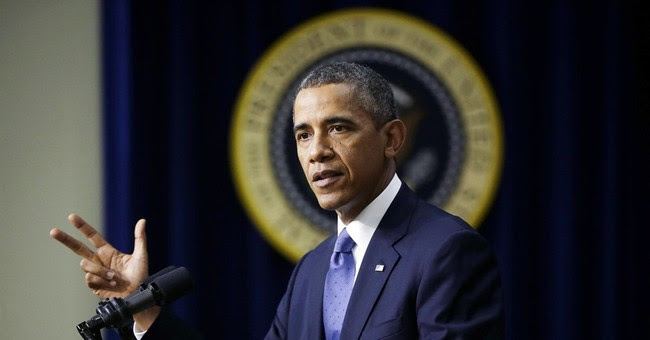 Larry Elder
Former Supreme Court Justice Sandra Day O'Connor is worried.
In a recent speech at Boise State, O'Connor said: "Less than one-third of eighth-graders can identify the historical purpose of the Declaration of Independence, and it's right there in the name. ... The more I read and the more I listen, the more apparent it is that our society suffers from an alarming degree of public ignorance."
This is good news for the left.
The ill-informed are more susceptible to emotional arguments. They are more likely to see life as a zero-sum game. They are more likely to believe that the prosperous become so only at someone else's expense.
Take my Twitterverse "discourse" on the proposal to increase the minimum wage:
Elder: Obama said a higher minimum wage is vital to "a rising, thriving middle class." Switzerland has no national minimum wage. Its unemployment is 3 percent.... U.S. had no minimum wage 'til 1938. How did it become so powerful?
Twitter respondent: America wasn't close to the super power it is until after World War 2 -- in 1939. And you're supposed to be a journalist?
Elder: The U.S. became a "superpower" because of minimum wage? Adjusted for inflation the first minimum wage would be $4. And I'm not a journalist -- I'm a commentator.
Twitter respondent: You asked how we're a super power. We don't recover from the Great Depression without military production in World War II and paying workers.
Elder: I repeat, prior to the 1938 introduction of minimum wage -- which today would be $4 -- how do you account for America's growth?
Twitter respondent: I guess you didn't go to high school like the rest of us to know there was no "growth" in the '30s due to the unemployment rate.
Elder: So far, I've politely asked questions. Before the '30s, we had a decade known as the "Roaring '20s" -- no minimum wage. Explain.
Titter respondent: We were "roaring" with a slave class. I don't accept that as good policy.
Once people resort to terms like "slave class" in a discussion on minimum wage, it's time to call the waiter and get the check.
Check out the "discourse" following my tweets on Aaron Alexis, the black man responsible for the Navy Yard killing spree. Did Alexis, as with killers Major Nidal Hassan of the Fort Hood massacre and former Los Angeles Police Department cop Christopher Dorner, receive (SET ITAL) less (END ITAL) scrutiny from authorities out of fear of being called anti-Islamic or racist?
Twitter respondent: There is no dearth of pathetic Negroes like (at)larryelder willing to spout unsupported race-based guesses!
Elder: In your world is calling someone a "pathetic Negro" a brand of argumentation?
Twitter respondent (compilation): Pathetic Negro, a definition: To pander to racists using unsupported, fact-less race-baiting, eg. Your statement "in my world" is another Negro dog whistle to his masters, proving my point. "In my world" facts matter and your baseless suppositions of what others thought do not. Further, Negroes like you are always on hand with "observations" that "legitimize" Fox News views. Unless you're lying about your background, I'm not from the ghetto, gangs or criminal, what "world" do you mean?
Elder: I mean in the world of people who don't know how to craft an argument and instead resort to taunts and name-calling. That world.... Interesting that even the term "your world" disturbs you. Yet calling people with whom you disagree silly names is not disturbing.
Twitter respondent: I typically don't waste time with Negro amateur journalists promoting (at)FoxNews race-baiting narrative. You have my opinion.
Elder: Are you so ill-informed that you don't know the difference between a "journalist" and a commentator? As for my "race-baiting" narrative, here's exactly what I wrote and said. (I gave him a link to my last column on the Navy Yard killer).
Twitter respondent: "Pathetic Negro" is not a taunt, it's a term that describes Negros who fit their behavior to racist audience expectations.
Elder: Use whatever term you want for "pathetic Negro," it is not argumentation. I attempted to engage you, but you'd rather name-call.
Twitter respondent: Let's be clear. I do not "disagree" with you, Your "report" was base conjecture used as basis for race baiting "conclusion."... Your term, "your world," does not "disturb me" in the least. Like I said, I identified it for what it is, a Negro dog whistle.... You are neither and whatever you think you are, you are a pathetic Negro used by @FoxNews for "cover."
Elder: This is what passes for discourse? I make an argument. You attack the commentator. And you don't even realize it.
Democrats win because their narrative works on an emotional level -- us against them. Bad, selfish people -- known as Republicans -- want to stop the good and the decent -- known as Democrats -- from their right to health care, right to a job, right to a job with a "livable wage" and the right to not only enjoy one's own lifestyle but to brand critics as racists, sexists or homophobes.
Former Justice O'Connor is worried. We all should be.
http://townhall.com/columnists/larryelder/2013/09/26/democratic-party-loves-illinformed-voters-n1709877/page/full
Posted by theodore miraldi at 7:21 AM