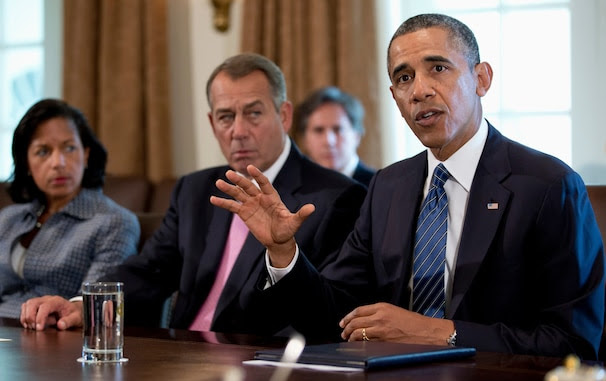 Carolyn Kaster/AP - Government leaders are running out of time to hammer out a new spending plan — but not all business owners are concerned.
By J.D. Harrison
Down to the final days of the nation’s current spending plan, with negotiations over a new one at a standstill, nearly half of small business owners are in favor of shutting the government down, according to a new poll.
Researchers at Pepperdine University’s Graziadio School of Business and Management conducted the survey, which found that 48 percent of business owners support at least a temporary government shutdown, compared to 42 percent who say policymakers should hurry up and strike a deal. Of the poll’s 1,387 respondents, more than 90 percent own businesses with no more than 200 workers.
Half of respondents said they could get behind a shutdown for up to a month, and nearly a third would support shuttering the government for up to three months.
Beyond that, three in four business owners worry their firms would start to be affected by the closure, and nearly all believe the economy would start to suffer. Among employers with less than $5 million in annual revenue, 41 percent said a shutdown of more three months would force them to pull back on their hiring plans.
Meanwhile, on what has become one of the more critical questions for some elected officials — which party would be at fault — business owners spread the blame around evenly, with 28 percent of employers saying they would fault Democrats and 27 percent pointing fingers at Republicans. Forty-three percent would blame the two parties equally, according to the poll.
At the root of the current stalemate are disputes over issues like the federal debt ceiling, tax increases and, most importantly, funding for the health care reform law, known as Obamacare. House Republicans have threatened to shoot down any agreement that continues to finance the health care overhaul, while Senate Democrats refuse to take up any measure that would impede rollout of the legislation.
If the two parties cannot find common ground by the end of the day Monday, most federal government operations will come to a halt.
And while some employers clearly support that move, others say it could have a devastating impact on their companies.
“A shutdown would immediately suspend approval of Small Business Administration loan guarantees, and you can imagine the disruption and potentially fatal impact that could have on start-up businesses,” Betsy Burton, a bookstore owner in Salt Lake City, Utah, told On Small Business. “This is a particularly critical issue in the last quarter of the year when we must pay for inventory we’ve acquired for the holiday season.”
Burton called the threat of a shutdown a potential “disaster, one we might not survive.”
Frank Knapp, president of the South Carolina Small Business Chamber of Commerce, says Burton’s company is not alone. On Main Street, he explained, employers rely on business from both the government and its employees.
“The possibility of nearly 3 million federal workers including military being told to either stay home or work with delayed pay will cause severe problems for many small businesses in large and small communities across the country,” Knapp said.
“If Congress wants to hurt our small businesses, shutting down the government will do it,” he added.
http://www.washingtonpost.com/business/on-small-business/nations-small-business-owners-split-on-whether-the-government-should-shut-down/2013/09/27/f2530cee-278a-11e3-b75d-5b7f66349852_story.html
Posted by theodore miraldi at 8:43 AM