Our Duty to Civil Disobedience

If Lies Don’t Work, Try Force to Shut Them Up: Our Duty to Civil Disobedience 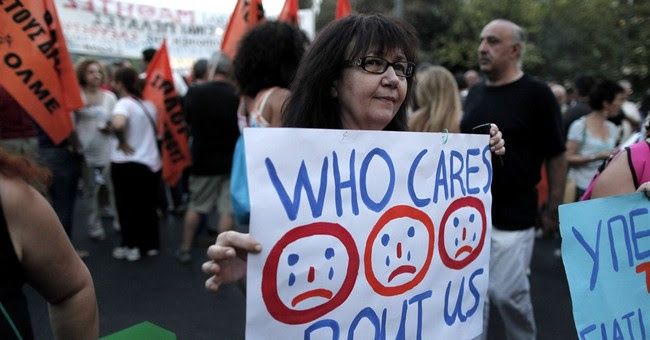 John Ransom
For all those “conservatives” who support Common Core education reform, congratulations: Your side is acting like typical liberals.
You’re lying about Common Core and when that doesn’t work, you and your liberal allies are willing to use naked force.
Whatever else Common Core is about, it’s not an attempt to implement “standards.”
At least in one case, it’s a wholesale rewriting American history, the constitution and common sense. And in another recent case, it’s about the ability to belittle, harass, and arrest the parents who just won’t shut the hell up.
We told you so.
“Greenville County Schools is alerting its teachers who use a U.S. history textbook called ‘The Americans’ that a description of the Second Amendment it gives is inaccurate, a district spokesman said late Thursday,” reported Greenville Online.
“The high school text ‘states that citizens have the right to bear arms as members of a militia of citizen-soldiers,’ spokesman Oby Lyles said. ‘This is not accurate.’”
Yeah, no duh.
The story was first reported by the Blaze, and the district, to their credit, notified other members of the media.
Of course, the county school district quickly figured out that the text was incorrect.
Not so the United States Department of Education.
They’re convening a “review” of the text. Perhaps they need some time to issue paid leaves, hide mid-level officials who rewrote the constitution, and otherwise cover their tracks.
Education is now going to be the process of fact checking, reviewing, and then finding no one responsible for the revisions to American history.
I have not had a chance to see the textbook, but I’m guessing that any group that rewrote a little thing like the 2nd Amendment probably got a few more things wrong too.
And guess what? While the Grenville County School District has been stand-up about the concerns regarding the new Common Core text, some school districts haven’t been as forthright about answering questions.
Take Baltimore for example.
Baltimore County Public Schools superintendent Dallas Dance announced the he’d be holding a series of five meetings around the district to answers parents’ concerns about education, including Common Core.
So parents, understandably, thought that meant that Dance would actually ANSWER questions about their concerns.
Instead, parents submitted written questions, which were edited into softball questions so the superintendent could waste parents time with a dog and pony show. This annoyed at least one parent who showed up, on his time off from work, to express his concerns about Common Core standards not adequately preparing students for four-year colleges.
He spoke-up.
The result was that he got arrested and charged with second-degree assault on a police officer.
An assault that didn’t happen according to the video taken by a local parent.
From WBAL Baltimore:
In the video, 46-year-old Robert Small is seen trying to ask a question to Baltimore County Public Schools Superintendent S. Dallas Dance, and Maryland Schools Superintendent Dr. Lillian Lowery. The video shows an off duty Baltimore County Police officer shoving Small and escorting him out of the room as he tries to shout a question.
Before taking Small out of the room, the officer instructs the man to lower his voice, but he did continue shouting. The officer said he intervened at the request of Dance's chief of staff Michelle Prumo who was in the room where the meeting was taking place.
The video does not appear to show Small hitting the officer, though in the arrest report, police allege Small did shove the officer during the exchange.
If what Small did is illegal, then anything that doesn't comply with grasping government is illegal.
At this rate, Common Core supporters won’t just lose an argument.
They’ll lose the middle.
Proponents of Common Core ought to think through the implications of needing to lie to parents and use force against them as an alternative to answering their simple, justifiable and common concerns.
Average Americans are tired of being lied to and marginalized for our own good.
History has not been kind to the tyrants who have tried it.
Civil disobedience today isn’t just a right given to us by our Creator, but a duty for those who wish to re-establish a government of laws, not men.
http://finance.townhall.com/columnists/johnransom/2013/09/23/if-lies-dont-work-try-force-to-shut-them-up-our-duty-to-civil-disobedience-n1707012/page/full
Posted by theodore miraldi at 8:28 AM