Pelosi Says Obama Has Been "Brilliant" 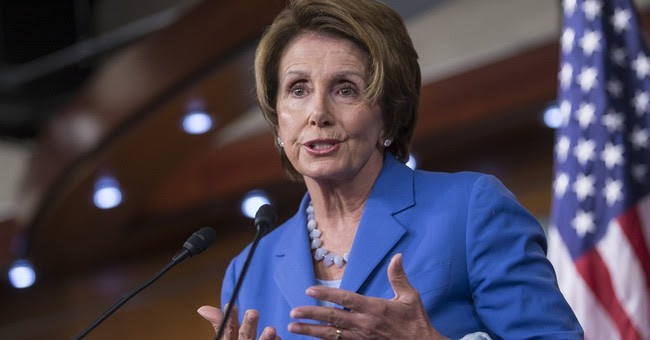 Heather Ginsberg
In a 50 minute, “Behind the Curtain” interview just this past week, Nancy Pelosi was spilling all the latest gossip…I mean, news from Capitol Hill. The interview with Politico’s Mike Allen is laughable when it comes to actually discussing serious issues and instead becomes a time for her to bash the conservatives and praise President Obama.
Pelosi spent a good part of the interview ridiculing the GOP as being obsessed with its hatred for President Obama and how they are all hell-bent on hurting him politically. She then goes on to say that the blame does not fall on the president and instead describes him as saintly, and the victim of jealousy on behalf of the Republican Party.
But the best part is when the House Minority Leader said, “You know why it is. You know why it is. He is brilliant … he thinks in a strategic way in how to get something done … and he’s completely eloquent. That’s a package they don’t like.”
Really? That’s what republicans don’t like?
Silly me, I thought it was something along the lines of the fact that his policies are failing this country and that he has no leadership skills on the hill (among countless others).
She even said this about how President Obama is handling his presidency, “I think he is handling his presidency with great seriousness, with great conviction, values based and in a way that is … accountable to the American people”.
Wow. I think it is about time Mrs. Pelosi takes a break from kissing the feet of President Obama. There are serious issues facing the House of Representatives right now, but it seems that all she cares about is making sure the president has a good reputation now and will have a good legacy.
Check out all the rest of highlights from the interview here.
http://townhall.com/tipsheet/heatherginsberg/2013/00/22/pelosi-says-obama-has-been-nonpartisan-n1705660?utm_source=thdaily&utm_medium=email&utm_campaign=nl
Posted by theodore miraldi at 8:35 AM