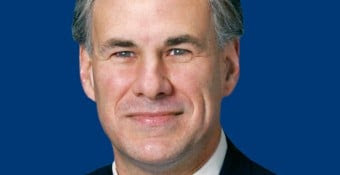 
Only weeks after Texas attorney general candidate Barry Smitherman declared Texas should be prepared to go it alone if the U.S. economy collapses, the current occupant of the office, Greg Abbott, a Republican candidate for governor, is calling for “warriors” for freedom.
Smitherman, currently the chief of the Texas Railroad Commission, believes economic collapse could happen to the rest of the United States, not Texas. And he talked about energy policy as a way to make sure Texas commerce will continue. When he looks to the future, he focuses on Texas, because he believes there might not be the rest of the United States.

He said while he does not advocate secession, his state needs to be economically prepared for the expected coming tumult in the global energy market.
Now Abbott, who gave Sen. Ted Cruz, R-Texas, his start in politics, is entering the national discourse on issues of state sovereignty and Texas self-government.
In an interview with WND, the state attorney general said Texas “will not back down in protecting our liberty or state sovereignty.”
“I’ve already sued the Obama administration 28 times to defend our rights guaranteed by the U.S. Constitution,” he said. “As governor, I will shift from the general in the battlefield to the commander-in-chief in our fight against federal government overreach.”
Before his election to the U.S. Senate, Cruz was Texas solicitor general and argued several landmark cases with Abbott before the U.S. Supreme Court. The cases included one challenging the intrusion of the World Court — to which the U.S. is not a party — into a state murder case and another protecting the display of the Ten Commandments on the Texas Capitol grounds.
In the World Court case against Mexican national Jose Medellín, Abbott recalled that he protected state sovereignty against not only the United States but also against Mexico and the World Court.
Medellín was sentenced to death in Texas for raping and killing two teenagers in Houston. Mexico, the International Court of Justice and the Bush administration insisted that the Vienna Convention on Consular Relations required Texas to give up its sovereign power to prosecute Medellín and that Texas was obliged to reopen his case and have it reconsidered, he said.
“The U.S. Supreme Court rejected those arguments and agreed with Texas, protecting our authority to enforce our state laws,” said Abbott.
Cruz and Abbott share an affinity for states’ rights as defined by the Tenth Amendment of the U.S. Constitution.
Abbott joined other attorneys general around the country in a suit against the federal government for Obamacare, based on the Tenth Amendment.
The Tenth Amendment reads: “The powers not delegated to the United States by the Constitution, nor prohibited by it to the States, are reserved to the States respectively, or to the people.”
Abbott sees potential for the Tenth Amendment to be used to reclaim state-level jurisdiction in the place of what he calls federal “abusiveness.”
“The Tenth Amendment is gaining new life. I – and my fellow attorneys general – relied on the Tenth Amendment in the Obamacare case. Even though the Supreme Court ruled that Obamacare was a tax, the court also used the case to breath new life into the Tenth Amendment by ruling that Congress could not force states to expand Medicaid systems against their will,” he said.
“In voting rights, the Supreme Court ruled earlier this year that the Tenth Amendment give states – not the federal government – the authority to regulate elections. Texas is applying that Tenth Amendment victory to enforce its Voter ID law,” Abbott continued.
The Tenth Amendment also has guided Abbott in his opposition to Transportation Security Administration airport passenger body searches and scanning technology, which many believe aalso violate the Fourth Amendment.
Legislation introduced in 2012 to bar unpopular and constitutionally questionable body searches in Texas public transit centers had broad support in both houses of the Texas legislature,. However, Lt. Gov. David Dewhurst, incumbent in a contentious primary, convinced a majority of senators to swing their vote when the Obama administration pressured Dewhurst on federal funding.
In addition to commenting at length on broad issues of constitutional and legal significance, Abbott stated his plan for the common core curriculum prototype used in 80 percent of Texas schools called “CSCOPE.”
As WND recently reported, months after the controversial curriculum that compared the Boston Tea Party to an act of terrorism and called Islamic radicals “freedom fighters” was pronounced dead by Texas state legislators, some school districts are refusing to stop using the curriculum.
Further, a few state education officials are encouraging disregard of the law banning CSCOPE lessons from classrooms.
“As governor, I will drive a stake through the heart of CSCOPE, he said. “It’s disturbing that Texas education curriculum would portray the Boston Tea Party patriots as terrorists. Just as disturbing is that the curriculum was shielded from parents. I believe parents should have access to all materials teachers provide to children. The state continues its investigation into the actions of CSCOPE.”
Abbott said that during the legislative session, he supported SB 1406 by Sen. Dan Patrick to restrict the use of CSCOPE materials in Texas classrooms.
“I’ve been working with the state auditor concerning issues raised about contracting for services commissioned by the governing board of CSCOPE,” he said.
In the latest report on CSCOPE, WND outlined financial irregularities prompting a full forensic audit by the state, including millions of taxpayer dollars paid to out-of-state individuals without formal contract.
On the future of America and whether or not it will endure as a free country, Abbott said: “Liberty lies at the heart of American greatness. America is great not because of government, but because of freedom.”
He said there is “an arc in the story of America, and it bends toward freedom.”
“From Valley Forge to Vicksburg, from the Civil War to Civil Rights, from the Cold War to the War on Terror, Americans have always remembered that freedom is worth fighting for. We must reignite the passion for that freedom. But it takes more than words or thoughts,” he said. “It takes warriors.”