Even Democrats who support Obamacare suggest that parts may need to be postponed if changes aren't made quickly. Some call on President Obama to hold people accountable for the problems. 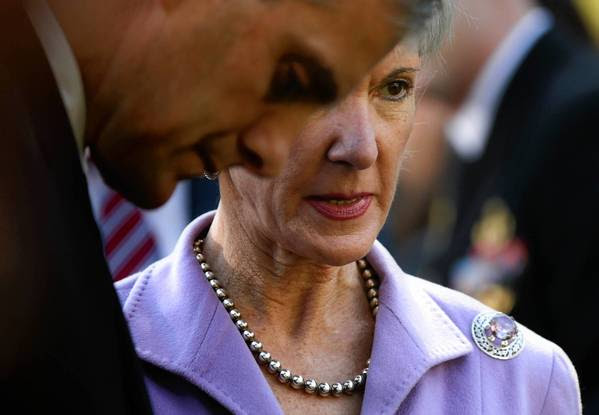 By Lisa Mascaro and Christi Parsons

WASHINGTON — The rocky rollout of the Affordable Care Act again came under sharp criticism Wednesday, three weeks into the launch, but this time some of the loudest voices were among top Democrats, including President Obama's closest allies.
Democrats on Capitol Hill said they were unhappy with the performance of the Obamacare website, which has been plagued with problems since its debut Oct. 1. Even the president's longtime campaign guru, David Axelrod, was critical of the administration's handling of the issue.
"This has been shrouded in a little bit of mystery. I don't quite understand why that is," Axelrod said in an MSNBC interview this week. He added that if he were at the White House, he would be "very, very tough on the people who are responsible."
Even those who support the new healthcare law — and its promise of providing affordable insurance coverage to millions of Americans — suggested that aspects of it may need to be postponed unless changes can be put into place quickly. Some were calling on Obama to hold people accountable for the mistakes.
"Somebody's got to man up here — get rid of these people," said Rep. Rick Nolan (D-Minn.), who stopped short of calling for the ouster of any specific administration official or contractor but characterized the president's response to the rollout as "weak."
"There are people like myself who supported the Affordable Care Act, but I'm not oblivious to the fact that this layout has done harm and damage to the brand," Nolan said.
Democratic Party leaders also suggested that heads should roll, even while maintaining strong support for Obamacare.
"I absolutely believe that somebody should be held accountable," said Rep. Xavier Becerra (D-Los Angeles), the No. 4 Democrat in the House.
Becerra called website problems disturbing, but said, "I think it's even more disturbing when individuals intentionally work against the American people and the rights that they have now secured to access quality, affordable healthcare."
Health and Human Services Secretary Kathleen Sebelius, in an interview on CNN late Tuesday, would not say whether she and the president had discussed the possibility of her stepping down.
"I think my job is to get this fully implemented and to get the website working right," she said. "And that's really what I'm focused on."
At the moment, the White House is not contemplating firing anyone, aides to the president say. Obama is more interested in fixing the problem than in assigning blame, they said.
Frustration among Democrats marked a turning point as the administration scrambled to subdue the mounting anxiety over Obama's signature achievement.
After years of withstanding Republican efforts to stop Obamacare, the administration now must act quickly to quell concerns from its Democratic partners.
It appears that if improvements aren't made, several Democratic lawmakers are ready to consider a delay or adjustment in the law's provisions that all Americans carry insurance by Jan. 1 or face a fine. That idea could gain momentum if Americans are unable to easily use the website to purchase policies soon. Americans can also sign up by phone or in person at certain centers, and those methods have had a smoother debut.
"I don't know that the answer is to delay the mandate; the answer may be to delay the penalties," said Rep. Gerald E. Connolly (D-Va.).
Seeking to tamp down growing concerns, administration officials fanned out on the airwaves and on Capitol Hill to discuss efforts underway to improve the website.
Top officials, including Sebelius, met with health insurance executives from more than a dozen companies and organizations at the White House as part of Obama's promised "tech surge" to address the issues.
The White House was running two full-scale operations: one to fix the problems and another to reassure consumers and supporters that things will get better.
In the CNN interview, Sebelius tried to deflect criticism from the president, telling interviewer Sanjay Gupta that Obama did not know about the problems with the website before its launch.
But Sebelius was vague about how much other administration officials knew about the site's readiness before it went live. Problems "became clear fairly early on, the first couple of days," she said.
Since the rollout of http://www.healthcare.gov this month, the website has been beset with mishaps.
The online marketplace is intended to link uninsured Americans to affordable private insurance plans. But users have had trouble signing on, getting accurate cost estimates and completing enrollment.
Officials have acknowledged that the high volume of visitors — 19 million, Sebelius said — only partly explained the shortcomings. The Health and Human Services Department has not released the number of people who have successfully enrolled in insurance plans.
Republicans, meanwhile, have seized on the glitches as another reason that Obamacare should be scrapped.
In Congress, Republicans have tried repeatedly, and unsuccessfully, to stop the healthcare law, including efforts that recently led to the 16-day federal government shutdown.
"The rollout of Obamacare is nothing short of a debacle and the American people are now fearful of their healthcare," said House Majority Leader Eric Cantor (R-Va.). "I mean, they're downright scared about what's going to happen with their healthcare next year."
Republicans are bringing the website's contractors before an oversight committee Thursday to find out what went wrong. They also want to hear from Sebelius, who has agreed to testify next week after declining to appear at this week's hearing.
A top Obama economic advisor, Jeffrey Zients, was at work after being recruited two days ago to help fix the problems. White House spokesman Jay Carney declined to say how long it would take to have the system running smoothly.
"Each day we're going to make some progress," Carney said.
At the same time, Americans' approval of the Affordable Care Act rose slightly in October, to 45%, according to polling from Gallup. That was up from 41% in August.
Kathleen Hennessey in the Washington bureau contributed to this report.
http://www.latimes.com/nation/la-na-healthcare-website-20131024,0,3367817,full.story#axzz2ie7XDI93
Posted by theodore miraldi at 9:36 AM