Many of the Obamacare taxes are already in effect, others will hit January 1. But they are already infuriating millions of Americans.
While even Obamacare detractors applaud the requirement that insurance companies cover pre-existing conditions and put a stop to lifetime caps on benefits, they say these laudable benefits don't compensate for the bills high cost - especially in new taxes.
According to most experts, Obamacare will create a total of twenty new taxes or tax hikes on the American people.
In fact, the Obama administration has already given the IRS an extra $500 million to enforce the rules and regulations of Obamacare.
The new taxes don't bode well for millions of middle-class Americans. Incomes for the rich have soared this decade but middle class workers have seen their wages stagnate and even drop since the 2008 Great Recession.
Many fear Obamacare with its high insurance costs and new taxes, could provide the middle class a fatal blow. 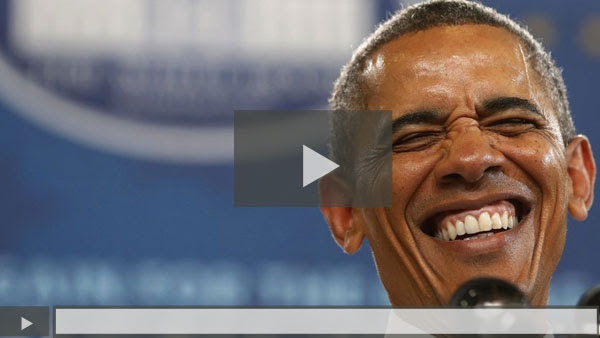 The 20 new Obamacare taxes are making Americans eyes pop out in disbelief. Take a look.
Of course, the Obamacare plan was primarily designed to decrease the number of uninsured Americans and reduce healthcare costs.
Many experts are saying it will have the exact opposite effect.
That's just one of the reasons why Republicans hope to defund Obamacare before January.
They claim that the taxes and costs needed to pay for Obamacare will crush the middle class and most U.S. taxpayers, as well as trigger job losses in affected industries.
Tax experts say you should try to estimate how much you will have to pay when the law goes into full effect - and take precautions to limit the damage to your bottom line.
What the Experts Say: How to avoid getting your financial neck broken by Obamacare... Watch this video.
One expert, Dr. Betsy McCaughey, a constitutional scholar with a Ph.D. from Columbia University, recently wrote a best-seller showing Americans how they can not only survive Obamacare, but prosper through it.
McCaughey claims to be one of the only people in the country - including members of Congress - who has actually read the entire 2,572 page law.
Her book, titled Beating Obamacare: Your Handbook for Surviving The New Health Care Law, breaks the huge bill down into 168 pages of actionable advice.
The book, written in an easy going, easy to read style, shows some startling facts about Obamacare not seen in the mainstream press.
For example, she points to a little known passage in the bill that shows how you could get slapped with a $2,000 fine for not having health insurance - even if you do actually have it.
She also goes into detail explaining how a third of all U.S. employers could stop offering health insurance to their workers.
In one chapter, she shows how ordinary Americans will get stuck paying for substance abuse coverage - even if they never touched a drink or drug in their life.
According to McCaughey's research, senior citizens will get hit the hardest.
Hip and knee replacements and cataract surgery will be especially hard to get from Medicare in the months ahead thanks to Obamacare, according to McCaughey.
She warns seniors to get those types of procedures done now before Obamacare goes into effect January 1.
Editor's Note: Real facts and figures about the hidden Obamacare taxes and fees and how they will affect everyday Americans and seniors are hard to find. As a courtesy, Money Morning is offering readers a free copy of Betsy McCaughey's new book Beating Obamacare: Your Handbook for Surviving The New Health Care Law. But only a limited number of copies are available. Please go here to reserve yours today.
http://moneymorning.com/ob-article/obamacare-taxes.php?code=t-oc-taxes
Posted by theodore miraldi at 9:42 AM