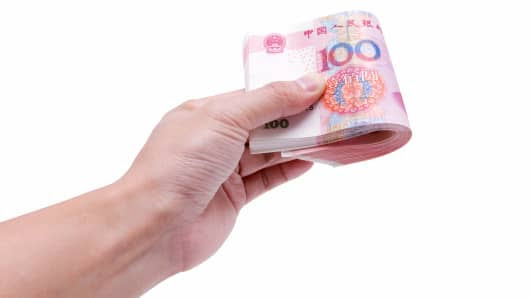 Reuters
More than 500 lawmakers in a Chinese city have resigned after being implicated in a bribery scandal, while another 56 provincial legislators have been sacked, state media said on Saturday, as the government steps up its war on graft.
The official Xinhua news agency said the 512 lawmakers in Hengyang city in the poor, landlocked southern province of Hunan resigned after they took bribes from 56 members of the provincial assembly.
The total amount of the bribes was more than 110 million yuan ($18.1 million) and the money was used to swing the results of elections, Xinhua said, citing a Hunan government statement.
China does not have fully democratic one-man, one-vote elections but hasexperimented with a selection process at the grassroots for local legislatures, even if most candidates are Communist Party members and there is rarely more than a single candidate for each position available.
"The number of people involved in the Hengyang election case are many, the amount of money large, the substance serious, the effect pernicious; this is a serious challenge to our People's Congresses system," Xinhua said. "It must be seriously dealt with in accordance with the law."
The National People's Congress is China's parliament. Provinces, cities, counties and other administrative districts all have their own People's Congresses, and they all generally act as a rubber stamp for party decisions rather than providing a forum for debate or making policies.
The competition, though limited, to become lawmakers in some places has opened the door to corruption, as membership of such bodies brings opportunities to influence decisions about things such as business contracts and promotions.
Xinhua said that those found to have broken the law in this bribery scandal would be handed over to judicial authorities for prosecution.
President Xi Jinping has launched a sweeping crackdown on corruption since taking power, pursuing high-flying "tigers" as well as lowly "flies", warning the problem is so severe it could threaten the party's survival.
Still, the party has shown no sign of wanting to set up an independent body outside party control to fight corruption, which many experts say is the only way China can really deal with it.
Indeed, the party has gone after activists who have pressed for officials to publicly reveal their wealth. One of the most prominent of these, Xu Zhiyong, is expect to go on trial soon.
http://world.einnews.com/article/182993200
Posted by theodore miraldi at 11:57 AM