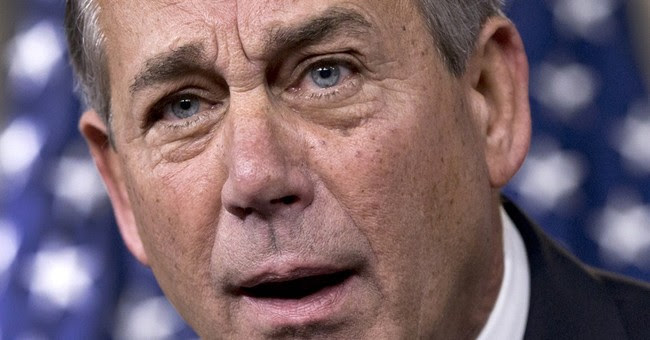 Political predictions are tricky, but if you just assume that Democrats will expand government and their own power at the expense of yours, you’re already batting .800. Here are some prognostications for 2014:
The Obama Administration: The President’s ratings will generally plummet, with the mainstream media hailing every minor uptick as a comeback. Look for panic as the unfolding Obamacare catastrophe teaches the Millennials what they should have learned in college – that all socialist enterprises are doomed to failure.
The Administration will rule by executive fiat and pack the courts. It’ll also establish a precedent that will allow a future conservative administration, unrestrained by obstacles like the filibuster and the separation of powers, to repeal Obamacare.
The Iran fiasco will become an even bigger fiasco. Give Israel at 35% chance of acting (along with a coalition of the willing consisting of Iran’s terrified Arab neighbors) to eliminate the nuclear peril. With this Administration, the Israelis better be right about being the Chosen People.
Obamacare: It won’t die in 2014, but it will be in the political ICU. The wonderful thing about the Obamacare disaster – and it is a disaster for the Democrats – is that their clever lies and evasions mean nothing, nada, zip when a voter’s monthly insurance bill gets doubled and the only doctor who will see him anymore graduated in the lower half of his class at the Gumbo State Correspondence College of Medicine and Cosmetology.
Petty Oppression: Look for more campaigns to silence, harass and intimidate Administration critics through the IRS, prosecution threats and “accidental” leaks of embarrassing information about political opponents from the “secure” health care databases. In response to these un-American acts of oppression, the mainstream media will rush to cover the innocuous statement of some backbench Republican about birth control to illustrate the conservative war on women.
The House Race: The GOP Establishment will astonish us by not passing an amnesty bill and completely destroying the Republican Party. The pressure is building on John Boehner to roll over and break his promise, but he knows we are watching. While the top 5,000 biggest donors panting to open the floodgates may write big checks, they are good for only about 5,000 votes. We’re millions upon millions, the heart of the GOP. If Boehner buckles under to the squish minority, the GOP will not take the Senate and will lose the House. The GOP establishment is mind-numbingly stupid, but we can hope it’s not also suicidal.
The Senate Race: Watch the Red State Democrat Senators start sprinting from Obama when they realize he is as willing to sacrifice them as he was the 63 House members in 2010 to save his socialist centerpiece. Look for them to be shocked – shocked! – that Obamacare does all the horrible things that we conservatives said it would do before they voted for it.
We’ll see these leftists suddenly rediscover that they also oppose gun control, higher taxes, and the rest of the basic agenda of their party. Assuming the House geniuses don’t decide to betray us on immigration, Obamacare will be an anchor dragging them down to the bottom of the Sea of Liberal Failure.
The airwaves will be full of ads showing the Red State Dems and the President they adore repeating the lie that if you like your doctor and policy you can keep them just as millions are learning that their employer-provided coverage is being cancelled and that they get to make up the cost for their employers to provide new ones. Watch conservatives engage in a fiesta of schadenfreude as not-so-wealthy libs realize, “Gee, you mean we have to pay for deadbeats too?”
The GOP will take Senate seats in Arkansas, Louisiana, Alaska, West Virginia, North Carolina, South Dakota, Montana, Colorado and probably Iowa and New Hampshire. Lindsey Graham, who is secretly praying that Boehner keeps his word, will keep his seat unless amnesty goes through, in which case he loses. McConnell is going to hold on.
In 2014, John McCain, who is not running for reelection, will say something stupid.
His daughter Meghan will be narrowly defeated on Dancing with the Stars by Chumley of Pawn Stars. Their red-hot romance will make the cover of Scientific American.
The Supreme Court: The Court will shock progressives by finding that the First Amendment’s guarantee of the right to freely exercise one’s religion includes the right to freely exercise one’s religion. June’s 5-4 decision on theSebelius v. Hobby Lobby case will cause liberals almost as much consternation as the Heller decision’s holding that the right to keep and bear arms includes the right to keep and bear arms.
And Judge Ginsberg will miss her chance by not retiring before the GOP retakes the Senate. When she does, Obama’s leftist replacement will get stalled and the liberals will rediscover their opposition to Senate majoritarianism.
America: The nation will experience growth. Not economic growth, because Democrat governance will still hold it back in 2014. Instead, America will experience growth in that it will learn, from the failure of the Obama Administration and the disaster of Obamacare, that liberalism is a dead-end. Sadly, we learned that before back when Barack Obama was named Jimmy Carter, but decades of prosperity sparked by Ronald Reagan led many to forget.
Over the longer term, I predict that after this fiasco, assuming the GOP can avoid screwing up, it will be a while before America makes the mistake of trusting liberals with power again.
http://townhall.com/columnists/kurtschlichter/2013/12/23/conservative-predictions-for-2014-including--surprise--more-liberal-failure-n1765806/page/full
Posted by theodore miraldi at 7:57 AM