Gays Told, Practice What You Preach 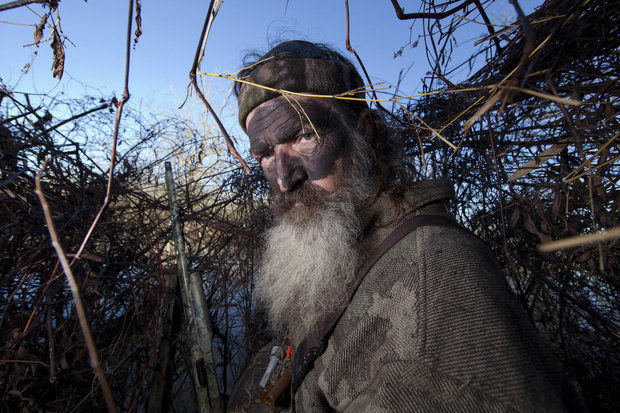 The organization that complained to the Arts & Entertainment Network about Duck Commander Phil Robertson’s reciting of the Bible’s perspective on homosexuality now is being accused of having an “irrational phobia” against critics of its agenda.

After publication of an interview with GQ magazine last week, the Gay and Lesbian Alliance Against Defamation, GLAAD, demanded Robertson be removed from the top-rated “Duck Dynasty” television show, and A&E complied.
But now the same charges GLAAD leveled against Robertson are being turned back on GLAAD by the group Parents and Friends of ExGays and Gays, or PFOX.
PFOX supports family members, advocates for the ex-”gay” community and educates the public on sexual-orientation issues.
“Now that GLAAD has successfully pushed cable network A&E to suspend Phil Robertson from his popular reality TV show, GLAAD is demanding that Mr. Robertson ‘sit down with gay families in Louisiana and learn about their lives and the values they share.’ PFOX asks that GLAAD do the same and sit down with members of the ex-gay community,” the organization explained.
“For too long, gay groups like GLAAD have used their political power and Hollywood influence to censor positive portrayals of former homosexuals. This irrational phobia of those who have overcome unwanted same-sex attractions perpetuates misunderstanding and harm against the ex-gay community,” PFOX said.
“It also demonstrates a disregard for diversity and a refusal to respect a basic human right to dignity and self-determination.”
In the GQ interview, Robertson said: “Everything is blurred on what’s right and what’s wrong. … Sin becomes fine. Start with homosexual behavior and just morph out from there. Bestiality, sleeping around with this woman and that woman and that woman and those men.”
Paraphrasing Corinthians, he said: “Don’t be deceived. Neither the adulterers, the idolaters, the male prostitutes, the homosexual offenders, the greedy, the drunkards, the slanderers, the swindlers – they won’t inherit the kingdom of God. Don’t deceive yourself. It’s not right.”
PFOX said every person “seeking positive life change toward healthy sexuality needs the love and support of friends, family, the community, and places of worship.”
“Thousands of real people have changed their lives and have real stories to tell. Everyone who cares about fairness and equality deserves to hear our ex-gay stories of hope. PFOX advocates for every person’s right to know the truth that life change is possible for those who seek change.”
The organization, which recently asked the federal government to investigate a school superintendent who publicly denounced the community of former homosexuals, explained its position in a website statement.
Sign this petition and tell the Arts & Entertainment Network exactly what you think of it suspending Robertson for stating what the Bible has taught for several thousand years: That sin is sin, God is God and people are not.
PFOX said groups like Human Rights Campaign and GLAAD “demand punishment for people like Phil Robertson who do not agree with homosexual behavior, yet these same gay activist groups work to deny the civil rights of former homosexuals because they disagree with their sexual choices.”
WND has reported that despite the controversy, in which hundreds of thousands of “Duck Dynasty” fans have demanded Robertson’s suspension be lifted, the show is scheduled to resume airing Jan. 15.
According to Entertainment Weekly, sources close to the show report nine of the 10 remaining episodes of season four have already been shot, and the network has no plans to cut out the footage featuring the senior Robertson.
The source also reported the network hopes media and fan furor will cool down over the holidays and plans for shooting future episodes can be resolved.
Robertson, however, has said he has no plans to “cool down” his commitment to speaking out on the topic of sin.
“I will not give or back off from my path,” Robertson told his Bible study group over the weekend.
On Sunday, at a small Bible study group Robertson led in his church in West Monroe, La., London’s Daily Mail was on hand to hear how he would follow up his comments.
“I am just reading what was written over 2,000 years ago,” Robertson said. “Those who live like this will not inherit the kingdom. All I did was quote from the Scriptures, but they just didn’t know it. Whether I said it, or they read it, what’s the difference? The sins are the same, humans haven’t changed.
“If you give them the bad news, they’ll start kicking and screaming,” he continued. “But you love them more than you fear them, so you tell them.”
WND reported PFOX asked the U.S. Department of Justice’s Civil Rights Division to investigate Montgomery County, Md., school Superintendent Joshua Starr for bigoted statements against a minority group that he has criticized as being “really, really disgusting.”
The issue is Starr’s intolerance of members of the ex-”gay” community, according to a complaint, a copy of which was posted online.
His bigotry and actions are “reminiscent of the 1950s Jim Crow South when public pools and other public areas were closed rather than allow the participation of African-Americans, a disfavored minority group,” the complaint says. “Today it is the ex-gay community that is the unpopular minority group.”
The accusation came after the superintendent shut down an entire system that allowed community groups to provide information to district students so that PFOX would lose the same access to the students that other groups had.
The request is for an investigation and oversight of “a remedial program to ensure diversity and non-discrimination against ex-gays.”
“Starr misused his official position as school superintendent to gain access to students and indoctrinate them with his prejudicial bias against the ex-gay community,” said Regina Griggs, executive director of PFOX. “The Department of Justice has investigated complaints against schools for discriminating against transgenders – those who have changed their gender identity. The ex-gay community – those who have changed their sexual orientation – asks for equal treatment from our federal government.”
http://www.wnd.com/2013/12/gays-told-to-do-what-theyre-telling-duck-commander/
Posted by theodore miraldi at 8:57 AM