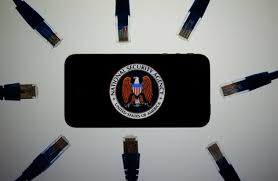 WASHINGTON — A federal judge on Friday ruled that a National Security Agency program that collects enormous troves of phone records is legal, making the latest contribution to an extraordinary debate among courts and a presidential review group about how to balance security and privacy in the era of big data.
In just 11 days, the two judges and the presidential panel reached the opposite of consensus on every significant question before them, including the intelligence value of the program, the privacy interests at stake and how the Constitution figures in the analysis.
The latest decision, from Judge William H. Pauley III in New York, could not have been more different from one issued on Dec. 16 by Judge Richard J. Leon in Washington, who ruled that the program was “almost Orwellian” and probably unconstitutional.
The decision on Friday “is the exact opposite of Judge Leon’s in every way, substantively and rhetorically,” saidOrin S. Kerr, a law professor at George Washington University. “It’s matter and antimatter.”
The case in New York was brought by the American Civil Liberties Union, which said it would appeal.
“We are extremely disappointed with this decision, which misinterprets the relevant statutes, understates the privacy implications of the government’s surveillance and misapplies a narrow and outdated precedent to read away core constitutional protections,” said Jameel Jaffer, a lawyer with the group.
A spokesman for the Justice Department said, “We are pleased the court found the N.S.A.’s bulk telephony metadata collection program to be lawful.”
The next stops for the parallel cases are the appeals courts in New York and Washington. Should the split endure, the Supreme Court is likely to step in.
In the meantime, the decisions, along with recommendations issued on Dec. 18 by the presidential review group, illustrate the absence of agreement about the effectiveness and legality of the program, which, Judge Pauley said, “vacuums up information about virtually every telephone call to, from or within the United States.” That information is “metadata” — the phone numbers involved, when calls were made and how long they lasted.
The two judges had starkly differing understandings on how valuable that program is.
Judge Pauley, whose courtroom is just blocks from where the World Trade Center towers stood, endorsed arguments made in recent months by senior government officials — including the former F.B.I. director Robert S. Mueller III — that the program might have caught the Sept. 11, 2001, hijackers had it been in place before the attacks.
Judge Pauley began his opinion with an anecdote. In the months before Sept. 11, he said, the N.S.A. intercepted seven calls made to a Qaeda safe house in Yemen from the United States. They were from Khalid al-Mihdhar, who was living in San Diego and would become one of the hijackers.
But the security agency “could not capture al-Mihdhar’s telephone number,” the judge wrote, and “N.S.A. analysts concluded mistakenly that al-Mihdhar was overseas and not in the United States.”
“Telephony metadata would have furnished the missing information and might have permitted the N.S.A. to notify the Federal Bureau of Investigation of the fact that al-Mihdhar was calling the Yemeni safe house from inside the United States,” Judge Pauley wrote.
Judge Leon, in Washington, took the opposite view, saying the government had failed to make the case that the program is needed to protect the nation. “The government does not cite a single instance in which analysis of the N.S.A.’s bulk metadata collection actually stopped an imminent attack, or otherwise aided the government in achieving any objective that was time-sensitive in nature,” he wrote.
The presidential review group took a middle ground, though it seemed to lean toward Judge Leon’s position. It said the security agency “believes that on at least a few occasions” the program “has contributed to its efforts to prevent possible terrorist attacks, either in the United States or somewhere else in the world.” But it added that its own review suggested that the program “was not essential to preventing attacks,” and that less intrusive measures would work.
The group recommended that bulk storage of telephone records by the government be halted in favor of “a system in which such metadata is held instead either by private providers or by a private third party.” Access to the data, it said, should require a court order.


The two judges did not limit their disagreements to how well the program worked. They also drew different conclusions about its constitutionality.
“While robust discussions are underway across the nation, in Congress and at the White House, the question for this court is whether the government’s bulk telephony metadata program is lawful,” Judge Pauley wrote on Friday. “This court finds it is.”
The main dispute between the judges was over how to interpret a 1979 Supreme Court decision, Smith v. Maryland, in which the court said a robbery suspect had no reasonable expectation that his right to privacy extended to the numbers dialed from his phone. “Smith’s bedrock holding is that an individual has no legitimate expectation of privacy in information provided to third parties,” Judge Pauley wrote.
But Judge Leon said that advances in technology and suggestions in concurring opinions in later Supreme Court decisions had undermined the Smith ruling. The government’s ability to construct a mosaic of information from countless records, he said, called for a new analysis of how to apply the Fourth Amendment’s prohibition of unreasonable government searches.
Judge Pauley disagreed. “The collection of breathtaking amounts of information unprotected by the Fourth Amendment does not transform that sweep into a Fourth Amendment search,” he wrote.
He acknowledged that “five justices appeared to be grappling with how the Fourth Amendment applies to technological advances” in a pair of 2012 concurrences in United States v. Jones. In that decision, the court unanimously rejected the use of a GPS device to track the movements of a drug suspect over a month. The majority said that attaching the device violated the defendant’s property rights.
In one of the concurrences, Justice Sonia Sotomayor wrote that “it may be necessary to reconsider the premise that an individual has no reasonable expectation of privacy in information voluntarily disclosed to third parties.”
The presidential review group said statements like that raised questions about whether the 1979 decision was “still good law.” But it said its job was “not to interpret the Fourth Amendment, but to make recommendations about sound public policy.”
Judge Pauley also said it was not for him to say where the law was heading, but for a different reason. “The Supreme Court,” he said, “has instructed lower courts not to predict whether it would overrule a precedent even if its reasoning has been supplanted by later cases.”
As for changes in technology, he wrote, customers’ “relationship with their telecommunications providers has not changed” since 1979 “and is just as frustrating.”
http://www.nytimes.com/2013/12/28/us/nsa-phone-surveillance-is-lawful-federal-judge-rules.html?nl=todaysheadlines&emc=edit_th_20131228&_r=0
Posted by theodore miraldi at 9:55 AM