Minimum Wage: Its History and Effects on the Economy 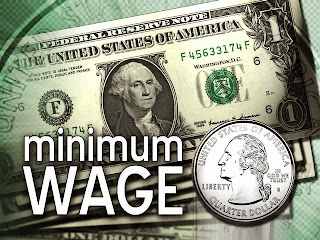 
Testimony before Health, Education, Labor, and Pensions Committee United States Senate June 25, 2013
James SherkSenior Policy Analyst in Labor EconomicsThe Heritage Foundation
View supplemental questions for the record: What is Minimum Wage: Its History and Effects on the Economy—Questions for the Record.
Chairman Harkin, Ranking Member Alexander, and Members of the HELP Committee, thank you for inviting me to testify this afternoon. My name is James Sherk. I am a Senior Policy Analyst in Labor Economics at The Heritage Foundation. The views I express in this testimony are my own, and should not be construed as representing any official position of The Heritage Foundation.
Supporters of the minimum wage intend it to lift low-income families out of poverty. Unfortunately, despite these good intentions, the minimum wage has proved ineffective at doing so. Indeed, it often holds back many of the workers its proponents want to help. Higher minimum wages both reduce overall employment and encourage relatively affluent workers to enter the labor force. Minimum wage increases often lead to employers replacing disadvantaged adults who need a job with suburban teenagers who do not.
This can have long-term consequences. Minimum wage positions are typically learning wage positions—they enable workers to gain the skills necessary to become more productive on the job. As workers become more productive they command higher pay and move up their career ladder. Two-thirds of minimum wage workers earn a raise within a year. Raising the minimum wage makes such entry-level positions less available, in effect sawing off the bottom rung of many workers’ career ladders. This hurts these workers’ career prospects.
Even if minimum wage workers do not lose their job, the overlapping and uncoordinated design of U.S. welfare programs prevents those in need from benefitting from higher wages. As their income rises they lose federal tax credits and assistance. These benefit losses offset most of the wage increase. A single mother with one child faces an effective marginal tax rate of 91 percent when her pay rises from $7.25 to $10.10 an hour. Studies also find higher minimum wages do not reduce poverty rates. Despite the best of intentions, the minimum wage has proved an ineffective—and often counterproductive—policy in the war on poverty.
Congress could do more to help low-income families by restructuring and coordinating welfare programs and their associated phase-out rates. No one in American—and especially not low-income workers—should face tax rates in excess of 50 percent.
History of the Minimum Wage
Congress instituted the minimum wage in 1938 as part of the Fair Labor Standards Act (FLSA). The first minimum wage stood at 25 cents an hour. The last minimum wage increase occurred in 2007, when Congress raised the rate in steps from $5.15 an hour that year to $7.25 an hour in July 2009. The District of Columbia and 19 states have also established local minimum wages higher than the federal rate. The highest state minimum wage in the country occurs in Washington State at $9.19 an hour. The average minimum wage in the U.S.—including higher state rates—currently stands at $7.57 an hour.[1]
Over the past 65 years the minimum wage has varied considerably in inflation-adjusted buying power. It has averaged $6.60 an hour in purchasing power in 2013 dollars. But it has ranged from a low of $3.09 an hour in late 1948 to a high of $8.67 an hour in 1968.[2] Today’s minimum wage buys somewhat more than the minimum wage has historically, although it remains over a dollar an hour below its historical high.[3]