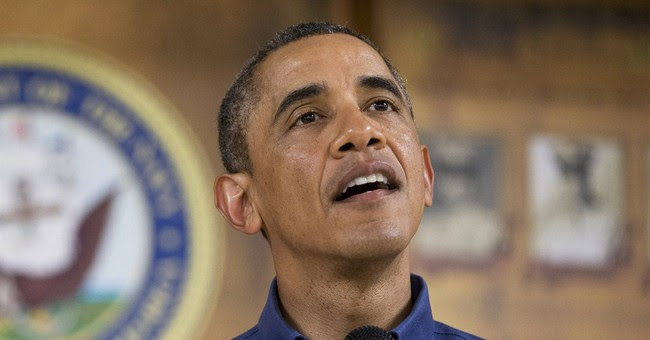 
The wheels began to come off Obamacare in 2011 when the administration announced that the "CLASS Act," a provision to provide long-term disability care, was, in the words of Kathleen Sebelius, "totally unsustainable," and would be discontinued.
What was the problem? The White House website had boasted: "No taxpayer funds will be used to pay benefits under this provision ... Safeguards will be put in place to ensure its premiums are enough to cover its costs."
"Safeguards." Sounds quaint now, doesn't it? A bit like "If you like your plan ... " So why did the Department of Health and Human Services kill it? Because former Sen. Judd Gregg, R - N.H., had inserted a provision requiring that the CLASS Act be entirely self-sustaining and ineligible for government subsidies. (Yes, wouldn't it be sublime if most laws contained such a provision?) Because it contained neither a mandate to purchase insurance nor a taxpayer subsidy, most of those who enrolled would be those who expected to need disability care. Sound familiar?
At least the administration actually got Congress's agreement to scrap this piece of the legislation. (It was repealed as part of the fiscal cliff deal at the start of 2013.) As for the rest of the law, the administration is flinging whole chapters over the side without so much as a nod toward its coequal branch.
No one can safely plan in this environment. Jay Carney's declarations have a shelf life of hours, not weeks, but the more lasting damage inheres in the idea that the law can be dictated by the White House. The changes are not matters of implementation but structural elements going to the heart of the law. The administration feels free to issue such changes -- though doing so violates (at the very least) the Administrative Procedure Act and arguably the Constitution -- because President Barack Obama has successfully flouted the law since 2009.
Bankruptcy law was ignored in the auto bailout. Secured creditors were undermined in favor of unions purely on the president's say-so. After the Gulf oil spill, the administration, without any authority, summarily ordered BP to set aside $20 billion for restitution. In the pre-Obama world, this would have been the province of the courts. Obama behaved like a dictator, and few protested. He then issued a moratorium on all drilling in the Gulf of Mexico -- again, without authority. The president demonstrated the same contempt for law and procedure when he made flagrantly unlawful recess appointments.
Regarding Obamacare, the administration has issued 1,231 waivers to unions, businesses, trade associations and others. In a display of government by decree, the administration has delayed or altered the law no fewer than 14 times (as of this writing).
After a string of denials, HHS announced that employers would not be required to offer health insurance until 2015 instead of 2014 as the law provides. Next, Obama decreed that small businesses would not have to enroll in online exchanges next year. HHS high-handedly ruled that next year's enrollment deadline for individuals would be Nov. 15, not Oct. 15 (I can't imagine why). After the outcry over canceled policies, the president unilaterally allowed that insurers could go ahead and offer last year's policies. Accelerating retractions and corrections come daily now -- most without legal foundation. Individuals can take an extra week to sign up for plans; those who've had their policies canceled can sign up for "catastrophic" policies. It all depends upon Obama's whim.
This last bit of executive caprice creates the illogical and utterly unjust outcome that people who could not afford insurance at all in 2013 are still subject to the mandate, whereas those who did have insurance but saw their plans canceled are not. The law contains a "hardship exemption" from the individual mandate, which had included the homeless, members of Indian tribes, those who'd filed for bankruptcy within the previous six months and so forth. Now, according to the White House, having your insurance plan canceled because of Obamacare is itself a hardship. They're getting warmer.
The president and his secretary of HHS seem to be playing a federal version of Whac-A-Mole. No sooner do they bat at one problem with the law than another pops up.
This isn't just a problem with Obamacare. It's a dangerous new level of government by decree. Adhering to the rule of law isn't just a tradition -- it is the essence of American liberty and success. Nations without it (look at Egypt, Venezuela or Russia) have difficulty achieving stability and prosperity even though they are blessed with natural resources and other advantages.
Obamacare has thrown one-sixth of the economy into chaos -- with results that are still incalculable. It's even more dangerous that Obama has undermined the rule of law and gotten away with it.
http://townhall.com/columnists/monacharen/2013/12/27/obamacare-whacamole-n1768750/page/full
Posted by theodore miraldi at 7:09 AM