Breaking! Obama vows to act without Congress in 2014 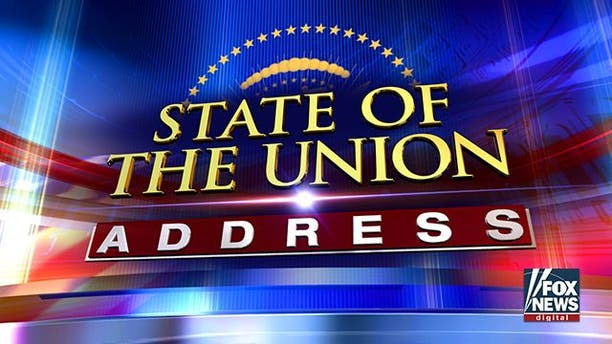 President Obama vowed Tuesday to use the power of the pen to chip away at his agenda in 2014, making clear he’ll sidestep Congress “wherever and whenever” he can while also lowering his sights for what is achievable at this stage in his presidency.
In his State of the Union address, Obama stopped short of proposing any sweeping new initiatives. He renewed his call for Congress to approve an immigration overhaul “this year,” but for the most part narrowed his focus to smaller-ticket items he’s vowing to do on his own.
Urging a “year of action,” he pitched what he called “concrete, practical proposals” to boost the middle class and build “new ladders of opportunity” for others to enter it.
“Some require congressional action, and I’m eager to work with all of you,” Obama said. “But America does not stand still – and neither will I.  So wherever and whenever I can take steps without legislation to expand opportunity for more American families, that’s what I’m going to do.”
The speech reflected a president struggling to advance his agenda partway through his second term, in the face of a divided Congress, flagging public support and several controversies. Instead of flatly declaring what will be achieved in 2014, the president said “let’s see” where both parties can make progress.
Thematically, Obama focused his remarks on income inequality and American workers. He argued that the economic recovery largely has benefited those “at the top” while leaving many Americans struggling to break into the middle class.
He offered a mixed prescription for those economic ills.
Advisers had signaled ahead of the speech that the president in 2014 will rely more on executive actions to pursue portions of his agenda, with the understanding that passing anything controversial through Congress is an uphill battle. Obama took a first step in that direction on Tuesday, announcing he’ll approve an increase in the minimum wage for new federal contract workers, from $7.25 an hour to $10.10.
Among the other executive actions Obama is vowing to take is a plan described as “starter savings accounts.” Obama said he’d launch “myRA” accounts to help people save for retirement – under the rough outline of the plan, the accounts would be offered, via employers, through a Roth IRA account and backed by the government. The initiatives also include a review of federal job training programs, a partnership with CEOs to help long-term unemployed, and partnerships with tech companies to improve web connectivity in the classroom.
Obama also said "I'll act on my own" to streamline the bureaucracy for key infrastructure projects.
On gun control as well – which featured prominently in last year’s address, only to stall in Congress – Obama said he’d keep trying “with or without Congress to help stop more tragedies from visiting innocent Americans.”
But the president would still need Congress’ support for major agenda items, including an increase in the federal minimum wage for all workers, one of his top priorities.
Obama renewed that call on Tuesday night, telling Congress: “Say yes. Give America a raise.”
He further urged employers, as well as states, to raise their wages with or without Congress.
The president also called for Congress to extend long-term unemployment benefits, and expand the earned income tax credit for workers without children. On education, he renewed a call for Congress to help ensure universal pre-K for 4-year-olds.
While some of Obama’s future executive actions may be modest in scope, House Speaker John Boehner on Tuesday cautioned Obama not to overstep his bounds. “We have a Constitution,” Boehner said, warning that if he goes too far he’ll hit a “brick wall.”
Meanwhile, Sen. Mike Lee, R-Utah, who plans to deliver the Tea Party response, said in prepared remarks that Americans indeed face an “inequality crisis” – but one stemming from the government.
“Throughout the last five years, President Obama has promised an economy for the middle class; but all he’s delivered is an economy for the middle-men,” Lee said in the excerpts.
Obama delivered the State of the Union as he struggles in his second term to achieve the kind of legislative victories he notched in his first.
The past year has seen the administration thrown off course by controversies and other setbacks, ranging from the exposure of the government’s widespread surveillance activities to the problems with the ObamaCare launch.
Though Obama’s address focused largely on the economy and wages, the health care law remains a major challenge in 2014. The administration has worked to address widespread technical problems with the federal insurance exchanges, but lawmakers are still voicing concerns about the financial stability of the system. Some Republicans also tried to draw attention to the law’s downsides by bringing as their guests Tuesday night Americans whose coverage was negatively affected by the law.
Obama did offer a defense of his health law toward the end of the address. He stressed that the law prevents Americans from being dropped from or denied coverage over a preexisting condition, and said Americans “aren’t interested in refighting old battles” on the law.
To Republican critics, he said: “Tell America what you’d do differently. Let’s see if the numbers add up. But let’s not have another 40-something votes to repeal a law that’s already helping millions of Americans like Amanda. The first 40 were plenty.”
Obama left foreign policy for the end of his address, defending his administration’s decision to engage Iran in nuclear negotiations while acknowledging there is more work to do in the fight against terrorism.
“While we have put Al Qaeda’s core leadership on a path to defeat, the threat has evolved, as Al Qaeda affiliates and other extremists take root in different parts of the world,” Obama said. Obama vowed to keep working with allies to “disrupt and disable” those networks.
http://www.foxnews.com/politics/2014/01/28/obama-vows-to-act-on-economy-without-legislation/
Posted by theodore miraldi at 10:46 PM