BOB UNRUH
Several of the nation’s most-respected legal teams are asking the Supreme Court to take up the Hedges case challenging the indefinite detention provisions of the National Defense Authorization Act because without review, the framework is in place for a police state. Sections of the bill are written so broadly that critics say they could encompass journalists who report on terror-related issues, such as Hedges, for supporting enemy forces. 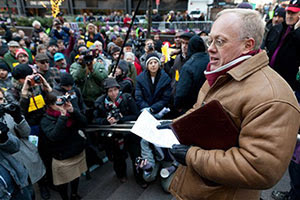