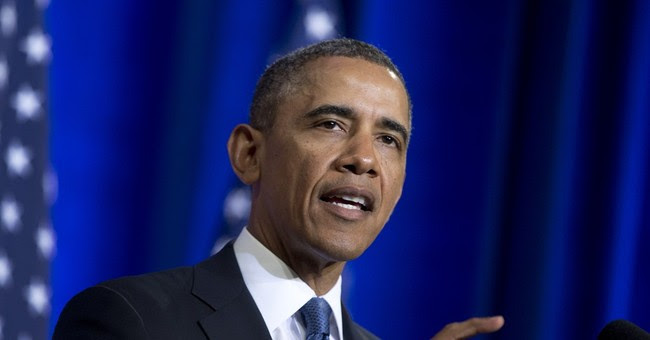 Someone summarized Barack Obama in three words -- "educated," "smart" and "ignorant." Unfortunately, those same three words would describe all too many of the people who come out of our most prestigious colleges and universities today.


President Obama seems completely unaware of how many of the policies he is trying to impose have been tried before, in many times and places around the world, and have failed time and again. Economic equality? That was tried in the 19th century, in communities set up by Robert Owen, the man who coined the term "socialism." Those communities all collapsed.
It was tried even earlier, in 18th century Georgia, when that was a British colony. People in Georgia ended up fleeing to other colonies, as many other people would vote with their feet in the 20th century, by fleeing many other societies around the world that were established in the name of economic equality.
But who reads history these days? Moreover, those parts of history that would undermine the vision of the left -- which prevails in our education system from elementary school to postgraduate study -- are not likely to get much attention.
The net results are bright people, with impressive degrees, who have been told for years how brilliant they are, but who are often ignorant of facts that might cause them to question what they have been indoctrinated with in schools and colleges.
Recently Kirsten Powers repeated on Fox News Channel the discredited claim that women are paid only about three-quarters of what a man is paid for doing the same work.
But there have been empirical studies, going back for decades, showing that there is no such gap when the women and men are in the same occupation, with the same skills, experience, education, hours of work and continuous years of full-time work.
Income differences between the sexes reflect the fact that women and men differ in all these things -- and more. Young male doctors earn much more than young female doctors. But young male doctors work over 500 hours a year more than young female doctors.
Then there is the current hysteria which claims that people in the famous "top one percent" have incomes that are rising sharply and absorbing a wholly disproportionate share of all the income in the country.
But check out a Treasury Department study titled "Income Mobility in the U.S. from 1996 to 2005." It uses income tax data, showing that people who were in the top one percent in 1996 had their incomes fall -- repeat, fall -- by 26 percent by 2005.
What about the other studies that seem to say the opposite? Those are studies of income brackets, not studies of the flesh-and-blood human beings who are moving from one bracket to another over time. More than half the people who were in the top one percent in 1996 were no longer there in 2005.
This is hardly surprising when you consider that their incomes were going down while there was widespread hysteria over the belief that their incomes were going up.
Empirical studies that follow income brackets over time repeatedly reach opposite conclusions from studies that follow individuals. But people in the media, in politics and even in academia, cite statistics about income brackets as if they are discussing what happens to actual human beings over time.
All too often when liberals cite statistics, they forget the statisticians' warning that correlation is not causation. For example the New York Times crusaded for government-provided prenatal care, citing the fact that black mothers had prenatal care less often than white mothers -- and that there were higher rates of infant mortality among blacks.
But was correlation causation? American women of Chinese, Japanese and Filipino ancestry also had less prenatal care than whites -- and lower rates of infant mortality than either blacks or whites.
When statistics showed that black applicants for conventional mortgage loans were turned down at twice the rate for white applicants, the media went ballistic crying racial discrimination. But whites were turned down almost twice as often as Asian Americans -- and no one thinks that is racial discrimination.
Facts are not liberals' strong suit. Rhetoric is.
http://townhall.com/columnists/thomassowell/2014/01/21/factfree-liberals-n1781568/page/full
Posted by theodore miraldi at 8:44 AM