And of course that would be southern democrat lynch mobs!
tm... 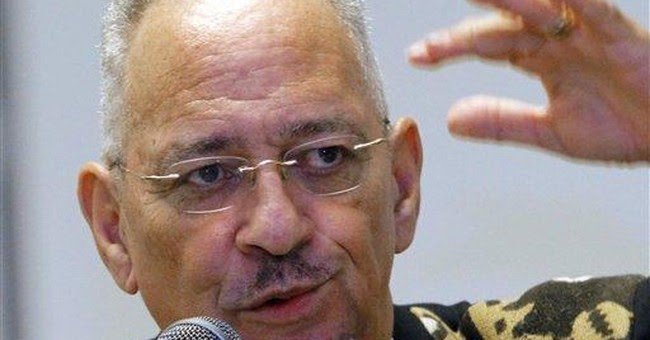 From Delaware Online:
“Tell your children we have some unfinished business on the agenda with the voting rights bill gutted by a right-wing dominated Supreme Court … with mass incarceration robbing black and brown communities of any positive future … with jobs being shipped overseas … with one branch of the tea party being nothing but a 2.0 upgrade of the lynch mobs … with some folks doing everything they can to get that black man out of their White House.”
Given that President Obama sat in this man's church for twenty years, was married by him, and allowed him to baptize his children, perhaps it's not surprising that the President, too, seems to see far too much of the world in terms of racial animus.


One wonders what Dr. King -- a man who struggled with grace and nobility against real racial animus -- would think of both of them.
http://townhall.com/tipsheet/carolplattliebau/2014/01/21/jeremiah-wright-compares-tea-party-to-lynch-mobs-n1782398?utm_source=thdailypm&utm_medium=email&utm_campaign=nl_pm
Posted by theodore miraldi at 4:19 PM