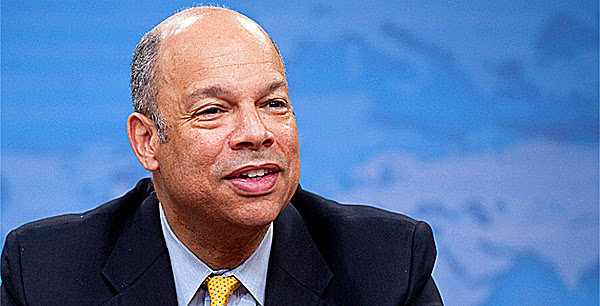 Johnson sat on the Obama campaign’s national finance committee and advised the first-time presidential candidate on national-security and foreign-policy issues.

He was identified in 2007 as one of Obama’s lead fundraisers in New York City, then considered the political territory of Hillary Clinton.
In an interview with the New York Times in 2007, Johnson said Obama singled him out as a power broker in 2006. That year, the then-senator called Johnson to tell him he may run for president and asked him to hold off on committing to any candidate until after he made a decision.
“Barack, I’m with you,” Johnson said he replied.
The Times reported that during Obama’s first campaign, Johnson “was trying to poach in the heart of Senator Hillary Rodham Clinton’s financial territory,” referring to New York, where Clinton was a senator.
“She and her husband have been working New York for 16 years and they know where they are,” Johnson told the Times. “But I think we’re going to surprise a lot of people with who signs up.”
At the time, Johnson was a litigation partner at New York’s Paul, Weiss law firm. He was the first black partner of the firm.
The abandonment of the Clinton machine may have been particularly stinging since Johnson served under Bill Clinton as the general counsel of the Air Force. He was a former assistant U.S. attorney in the Southern District of New York.
As a litigator, Johnson represented Big Tobacco as well as major defense firms.
In 2009 it was reported he owned up to $15,000 in stock several defense contractors, including Alliant Techsystems, Lockheed Martin, L3 Communications and General Electric.
Johnson was in the news in recent days after he said at a conference on Friday that illegal aliens have “earned the right to be citizens.”
“An earned path to citizenship for those currently present in this country is a matter of, in my view, homeland security to encourage people to come out from the shadows,” said Johnson, speaking at the United States Conference of Mayors.
With research by Brenda J. Elliott
Read more at http://www.wnd.com/2014/01/new-dhs-chief-was-key-obama-fundraiser/#VGgMSme0llL6KXJU.99
Posted by theodore miraldi at 3:13 PM