'There's that gap between perceptions of me and the reality' 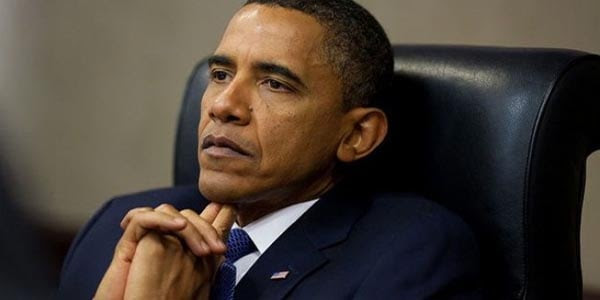 President Obama is complaining that Americans believe not the reality, but the “caricature” of him that is presented by individuals such as Rush Limbaugh.

“It looks like I continue to live rent free in the head of the president, Barack Obama,” responded Limbaugh on his radio program Wednesday.
He was reacting to revelations from the much-discussed 18-page interview with Obama that appeared in the prestigious New Yorker magazine. In bonus excerpts released Thursday, Obama blamed Washington’s legislative gridlock on his failure to convince Americans that he is “not the caricature that you see on Fox News or Rush Limbaugh.”
Obama accused Limbaugh and Fox News of trying to demonize him.
“The issue has been the inability of my message to penetrate the Republican base so that they feel persuaded that I’m not the caricature that you see on Fox News or Rush Limbaugh, but I’m somebody who is interested in solving problems and is pretty practical, and that, actually, a lot of the things that we’ve put in place worked better than people might think.”
“So it’s me again, and Fox News,” Limbaugh said to his audience. “We are the reason Obama can’t advance his agenda, because Boehner is afraid to move too close to Obama because I have made you – along with Fox News has made you – think Obama is something that he isn’t.
“And it’s such a shame,” the radio host added sarcastically. “I have so distorted who the real Obama is in your mind, that it is paralyzing our government.”
Obama also opined about once having “great relationships” with Republicans he worked alongside with, but that now many Republicans in Congress don’t want to do anything that’s viewed by the conservative base as a “betrayal.”
“There is a core group of Republican House members in particular who know that I lost their districts by twenty-five or thirty points, and that there is a Republican base of voters for whom compromise with me is a betrayal. And that—more than anything, I think—has been the challenge that I’ve needed to overcome.”
Limbaugh teased out the implications of Obama’s statement: The president is suggesting that Americans are incapable of making up their own minds about Obama’s agenda. Instead, they apparently require media intermediaries like Limbaugh and Fox News to tell them how to think.
“You see, folks, the subtext of this is,” Limbaugh explained. “If it weren’t for me or Fox News, you’d love Obama. But you are nothing but sponges. You are incapable, in other words, of seeing the truth. You believe the lies about Obama that you hear from me and on Fox News.”
Obama elaborated: “[A]s long as there’s that gap between perceptions of me within the average Republican primary voter and the reality, it’s hard for folks like John Boehner to move too far in my direction.”
During the commercial break, Limbaugh’s long-time call screener, “Mr. Snerdley,” took his boss to task for making too much of Obama’s comments. Snerdley reminded Limbaugh that he’s had presidents “calling him out” since the Clinton era.
Limbaugh conceded Snerdley’s point, but said he continued to be astonished by the amount of attention he receives from Democrats in the Oval Office.
In this particular instance, he noted, the president wasn’t just name-checking Limbaugh – he was also indirectly questioning the intelligence of millions of his fellow citizens.
“If I were you, I’d be insulted,” Limbaugh said.
Yet in a way, his listeners could also take Obama’s remarks as a backhanded compliment.
The Democrats are afraid of people like them, Limbaugh explained:
“They’re afraid of independent thinkers. They are afraid of people who are able to reason and think on their own. That’s the main beef with me that they have is that this program inspires curiosity. It inspires thought and critical thinking, and they know they’re never gonna be able to control that.”
http://www.wnd.com/2014/01/obama-blames-limbaugh-for-caricature-status/
Posted by theodore miraldi at 5:23 PM