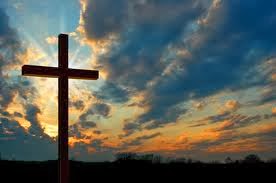 
Our Constitution guarantees freedom of religion. The government can't interfere with how people practice religion, nor favor one religion over another.
Furthermore, there is nothing in the Constitution about education or government involvement in it. The Founders clearly expected that education would remain a local concern.
But in fact, the United States government is extensively involved with education to the point of running it. In the process the government constantly steps on religious people, especially Christians.
Abuse occurs at two levels, one blatant, the other more devious and dark.
The visible attacks on Christianity include: banning of prayer; censorship of Christmas themes; use of textbooks that hide religion's role in the country's history; outright impugning of the religion; and, increasingly, attempts to insinuate the study of Islamic history into American classrooms while ignoring other religions. (This bias is at least easy to see.Parents must demand equal treatment for all religions, or no treatment of any religion.)
But there is another kind of attack on Christianity. These attacks are psychological or spiritual in nature, nearly invisible, and rarely reported.
Some critics have long charged that the Education Establishment wants to dumb down the country. Hearing this, we think of minds being numbed. But it turns out that some educational methods are more concerned, we might say, with numbing souls.
This insight is presented in a new book Credentialed to Destroy where author Robin S. Eubanks talks about classroom techniques that render students confused and defeated. Instead of gaining confidence in their ability to function effectively, the children learn they are incapable. The goal seems to be to break down each child's spirit, in the hope of creating a group mentality. Socialists like that outcome.
At the end of this process, where is the individual human and that individual's relationship with God? This child's only relationship is with a group. Otherwise the child is conformist and stunted. Abstract thinking is reduced. Horizons of every kind are limited, by design.
Eubanks writes: "[T]he destruction to the ability to think well or read or know much was intentional. If not by the actual teacher or principal, then by the education professors who taught and credential them to push destructive theories in the classroom actually designed to prevent fluent reading. To impair logical thought. To reach inside the student's psychological makeup to alter values and beliefs and attitudes. Even feelings.... This declared idea of deliberately using the school and classroom to create profound frustration hoping to create cognitive dissonance was a betrayal of trust then. It is a betrayal of trust now."
Eubanks states that one education theorist admitted that her technique "was designed to create a reciprocal dependency within the classroom. She did not want a reading technique or practice that would reinforce self-sufficiency. And now you know another unacceptable reason why the phonetic nature of English or any other language must not be expressly and efficiently taught. Teaching the phonetic basis of the English language might foster or reinforce a sense of individuality."
The point seems to be to sabotage both intellectual and spiritual development. The school system ends up creating drones and clones, robots, people who have all the traits you would expect in slaves.
The country was not built by such people. How can it be sustained by them? It's a tragic myopia in our ruling class if they think they can dumb down the citizens but somehow keep a smart culture going.
The world described in Credentialed to Destroy is a slave new world where a greedy elite meddle in everything and reduce everyone to a simplified, manageable level. But the goal of Christianity, and indeed all spiritual teachings, is to exalt each person's uniqueness and to help everyone's rise toward a more divine level.
Who are the ideologues waging this war against religion and the very notion of letting people rise?
La Trahison des Clercs (Treason of the Intellectuals) by Jules Benda is a famous and highly relevant book. It appeared in 1927. Clerks here means intellectuals, bureaucrats, functionaries, the people we hope will run the society in an intelligent way. Too often they don't. It's these traitorous commissars who destroyed what was left of Russian civilization after the Russian Revolution. They have as well tried to destroy whatever opposes them in the United States. They are trying now.
Here is writer Gary Wolf's helpful review on Amazon "One of the more interesting texts for understanding the decline of the West in the twentieth century is 'La Trahison des Clercs' (The Treason of the Intellectuals) by the French philosopher Julien Benda (1867-1956). The central thesis of the book... is that the intellectual class in modern times has abandoned its historic role of being a voice for justice, fairness, liberty, and freedom of inquiry. It has substituted its former adherence to timeless principles for a crass subservience to ideology. As Benda puts it, 'The men whose role is to defend eternal and disinterested values, like justice and reason, whom I call the intellectuals, have betrayed this role for the sake of practical interests.'"
Nowhere is this more evident than in education, where people whose role is to defend eternal and disinterested educational values, like knowledge and individual skills, have betrayed this role for the sake of ideological schemes. As a result, Christianity is under assault at all levels. It will be interesting to see if Christians can defend themselves against this powerfully organized attack. Indeed, it will be interesting to see if Americans generally can defend themselves.