The Least Interesting Approximation of You 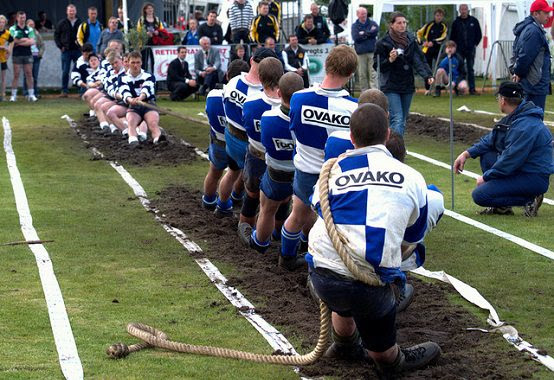 
If a friend or a first date sidles up to you and asks “Do you prefer cats to dogs?” or “Do you keep your desk neatly organized?” they may be trying to divine your political leanings.
Jonathan Haidt, author of The Righteous Mind, teamed up with Time to offer readers a 10 question quiz that promised to guess their politics by asking seemingly unrelated questions. The survey turned out to be fairly strongly correlated with a person’s self-identification as liberal or conservative (Haidt’s model explained 60% of the variance in people’s self-reported political leanings). On Facebook and Twitter, readers shared their results and kibbitzed about whether it was fair to claim that conservatives had a better claim on dog-ownership than liberals.
Haidt’s project closely resembled a research project conducted by the dating website OkCupid. The company trawled user data to find the question that best predicted whether someone was willing to have sex on the first date. (It turned out to be “Do you like the taste of beer?”).
These kinds of studies are informative, but only in a very narrow way. They might be useful if you have no easy way to uncover information directly—maybe you’re barred by law from asking an employee about her politics, or barred by social niceties from asking directly about sexual proclivities on the first date. But it’s a mistake to treat these findings as though they really flesh out our understanding of the people we’re studying.
Statistics software can tease out correlations, but just knowing two survey answers are related doesn’t do much to expand our understanding of the world. If two answers are linked, one might cause the other (favoring tradition and authority leads you to seek out a pet that acknowledges you as sovereign—a dog—over a more anarchic cat) or vice versa (exposure to a dog causes you to change your position on Iran sanctions) or both outcomes might be caused by a third, hidden variable (perhaps living on a farm leaves you more likely to own a working dog and to keep the government at arms length).
Any of these predictions are testable and posit something about how people’s ideologies are formed. A causal prediction prompts us to be curious about how someone thinks and their intellectual journey. But an unexplored correlation simply leads us to choose up sides and adopt more trivialities as tribal markers, in much the same way that ‘arugula’ became a sneering byword for liberalism.
It’s odd to see Haidt behind this clickbait survey, since his own research on moral foundations theory suggests that the liberal-conservative dichotomy isn’t the most informative way to classify the world. He identified six major considerations (harm, fairness, liberty, loyalty, authority, and purity) that might be weighted more or less strongly in someone’s moral calculus. Self-identified liberals and conservatives tend to prioritize these factors differently. Liberals tend to care primarily about harm, fairness, and liberty, while conservatives tend to factor in all six criteria.
In other words, Haidt’s own research suggests we can’t easily dichotomize the world, and that there’s little reason to desire to. An OkCupid dater may only have one important question to answer, but a politician still has a lot to learn after they learn that a potential collaborator identifies liberal or conservative. They may still share enough moral foundations to be able to find common ground.
The Time poll keeps training us to think that conservative versus liberal is the most interesting and essential part of our identity, but it’s much more important to learn what someone is trying to conserve and why. You might be able to get there in ten questions, but they’d compose a much deeper conversation.
http://www.theamericanconservative.com/the-least-interesting-approximation-of-you/
Posted by theodore miraldi at 8:20 AM