Exposes The Fundamental Flaw In A Lot Of Campaigns 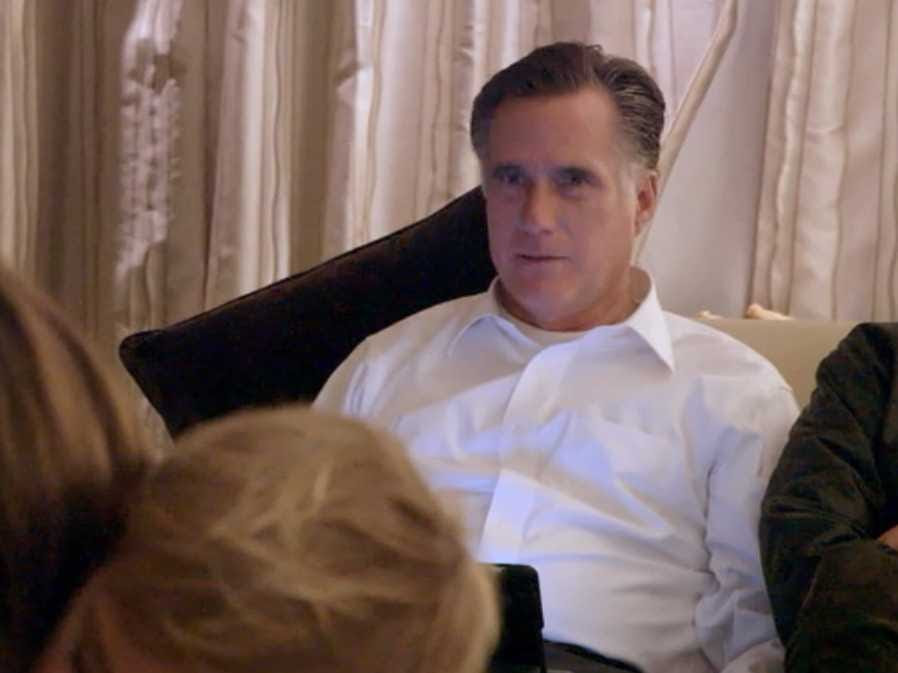 "Tonight, I want to speak about what lies ahead. About the tomorrow we can build together. … That freedom, so integral to the American experience, will again propel us forward to new heights of discovery, to new horizons of opportunity, and to new dimensions of prosperity."

Those 45 words come from the acceptance speech of Willard Mitt Romney, the 45th president of the United States. You never heard those words, because Mitt Romney never became President No. 45.
Romney was writing his victory speech on his campaign plane on Election Day in 2012. It's one of the many revelations in the 92-minute documentary "MITT," which premiered on Netflix Friday.
Much has been made that the documentary — which filmmaker Greg Whiteley made by spending six years following Romney's campaigning — has a "humanizing" effect on Romney. That's true. But moreover, it is an in-depth look at the brutal nature of one presidential campaign, let alone two.
One of the first scenes in "MITT" comes during the Republican primary for president. A "Today" show lighting producer talks about how he's going the "safe route" so as not to "offend anybody by showing off a flaw in the candidate, or in the people that control his lighting."
"Because implied in that is a mistake, and that means this guy could make a mistake when he's president," the lighting producer says. "We can't bear that idea. But you know, of course he's going to make a mistake when he's president. He's human."
Much of what we see throughout the rest of the documentary pulls back the curtain in front of Mitt Romney more than anything we ever saw on the campaign. If the campaign is how we saw Romney in the light — the one many voters never really felt like they ever knew — we see the shadows in "MITT."
The difference between the light and the shadows is perhaps best exemplified by another scene soon after Mitt Romney's appearance on the "Today" show, during which the screen has the caption, "Who Is Mitt Romney?" 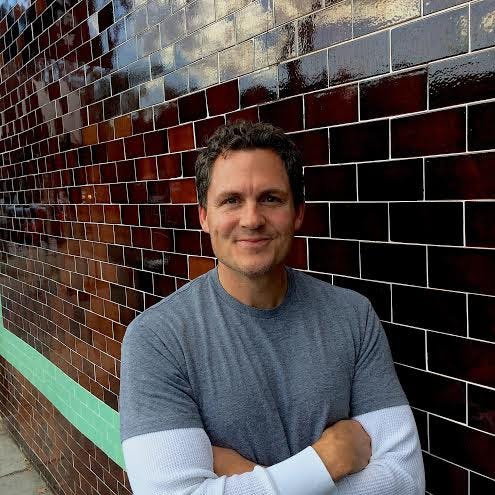 Courtesy of Netflix
Greg Whiteley, who was with the Romneys for six years in making the documentary.
One of Mitt's sons, Josh, was asked by Whiteley in the midst of the 2008 primary if he ever thought it wasn't worth the trouble to run.

Josh responded with two different answers — one from his media "training," and one that he said was the truth.
Here's the answer he gave as if he were speaking to the media:
"The opportunity [is] for someone like my dad to come in and run the country. And the challenges we face right now in this country, to have someone with my dad’s experience, his knowledge, and his vision for America, someone that can come in and do this. It’s worth whatever it takes for us to get my dad into office."
Here's the "translation":
"This is so awful. It’s so hard. They always say, why can’t you get someone good to run for president? This is why. This is why you don’t get good people running for president. What better guy is there than my dad? Is he perfect? Absolutely not. He’s made mistakes. He’s done all sorts of things wrong. But for goodness sakes, here’s a brilliant guy whose had experience turning things around, which is what we need in this country. I mean, it’s like, this is the guy for the moment. And we’re in this, and you just get beat up constantly."
"MITT" still leaves a lot to be desired. For one, it is almost entirely focused on the candidate's interactions with his family, and it contains none of the war-room-esque strategy from a campaign that reportedly refused to be part of the documentary.
Still, much of the documentary advances the story of Mitt Romney to a level not seen in the campaign. You knew about his Mormon faith, but you are stunned to see him refer to himself as a "Flippin' Mormon" (as in, a flip-flopping Mormon), and you almost feel invasive and unwelcome during the couple of scenes that show the Romneys on their knees, praying.
You knew the candidate didn't have the friendliest of relationships with the media, but you are surprised at the extent of their criticism, like when it's clear the family blames CNN's Candy Crowley at least partly for a less-than-stellar second debate. 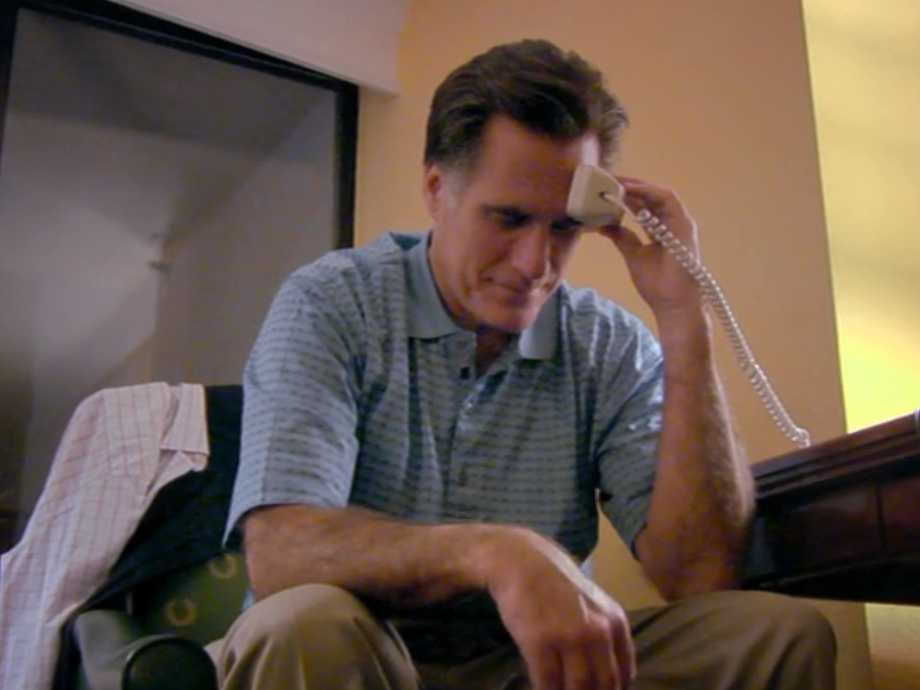 Netflix
The moment Romney realized in 2008 that he had lost Charlie Crist's endorsement.
You knew, if you followed his campaign in 2008, how then-Florida Gov. Charlie Crist was accused of going back on his word to stay neutral in the Florida primary and put John McCain over the top in the state with a last-minute endorsement. You didn't know how much it truly seemed to crush Mitt Romney, who is shown sitting in a hotel chair, banging the hotel phone against his head while waiting to talk to someone.

One of the most fascinating scenes in "MITT" comes when Mitt and his sons are sitting at a dinner table, two hours before the second debate. They are listening, for whatever reason, to a 2002 episode of "This American Life," courtesy of an iPhone on the table. The episode features David Sedaris, joking about taking a catheter with him everywhere.
All the Romneys laugh hysterically. There is Mitt Romney, laughing at a piss joke.
"Tagg felt very strongly that a film like that could come out and help him," Whiteley said on a conference call with reporters this week. "I wasn't so sure. I was skeptical. I think that this footage gets viewed differently during the fervor of an election. I think we would see this footage much differently back then."
"MITT" is not an argument for a Romney presidency. What it is, is a highly rare look at a candidate who admits, at one point, that he is "deeply flawed." And don't be surprised if, in the future, some candidates release their own documentaries in the months before the election.