The Super Bowl and Sex Trafficking 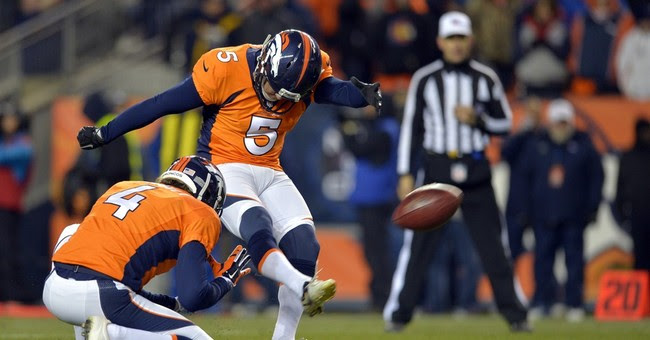 Editor's Note: This column was co-authored by Jerome Elam.

On February 2 of this year, thousands will gather at Met Life Stadium in East Rutherford, N.J., to watch the Seattle Seahawks battle the Denver Broncos in Super Bowl XLVIII. As the athletes take the field and the fans cheer, they will be oblivious to the tragedy unfolding around them in dark hotel rooms across East Rutherford.
Sex trafficking has become a stealth parasite that attaches itself to major sporting events, taking advantage of a large number of fans and the demand for illicit sex. Texas Attorney General Greg Abbott echoed the stunning revelation, gripping so many with his statement about the 2011 Super Bowl in Dallas: "It's commonly known as the single largest human trafficking incident in the United States."

Dallas police and federal authorities arrested 133 minors for prostitution during the 2011 Super Bowl, and according to Forbes Magazine 10,000 prostitutes were transported to Miami for the Super Bowl in 2010.

A United States Department of Justice investigation from January 2008 to June 2010 discovered that 40 percent of human trafficking incidents involve child prostitution or the sexual exploitation of a child. UNICEF estimates there are nearly 2 million children in the commercial sex trade, and major sporting events have become a nexus for sexual predators and a haven for sex trafficking.

January is "National Slavery and Human Trafficking Prevention Month," and according to the U.S. State Department, social scientists estimate there are 27 million victims of human trafficking in the world today. The United Nations reports that human trafficking is a $32 billion industry across the world and that people are being trafficked from 127 countries to be exploited in 137 countries, affecting every continent and every economy.

The National Center for Missing and Exploited Children reports that the average age of a sex trafficked child in the United States is 13-14 years old and the average pimp controls 4-6 children and makes $150,000-$200,000 per year from each child. The anti-trafficking organization the Polaris Project estimates victims of sex trafficking are forced to have sex 20-48 times a day.

In a study done by officials in Los Angeles, 59 percent of juveniles who were arrested for prostitution were previously in the foster care system. In 2013 during "Operation Cross Country," the FBI rescued 105 children being forcibly exploited for sex and arrested 150 pimps. The youngest victim was just nine years old.

To bring an end to the scourge of sex trafficking requires that we all work together and join in the fight to rescue victims, many of whom are innocent children. The primary tool in that fight is education, and organizations like the Polaris Project; Jada Pinkett Smith's organization, Don't Sell Bodies; the McCain Institute, named after Senator John McCain of Arizona; Arrow Child and Family Ministries in Texas (www.arrow.org/mrc/Overview.html); and the Joyful Heart Foundation are both educating the public and rescuing victims of sex trafficking.

The NFL has also joined the fight by supporting tougher anti-trafficking laws and working with organizations to educate and empower the public. We can all be a force for change, and visit the websites of the organizations mentioned above to learn the signs of human trafficking.

With just one phone call to the human trafficking hotline at 1-866-347-2423 (toll free), each of us could help save a human life and bring us that much closer to a victory over human trafficking.
http://townhall.com/columnists/michaelreagan/2014/01/23/the-super-bowl-and-sex-trafficking-n1783018?utm_source=thdaily&utm_medium=email&utm_campaign=nl
Posted by theodore miraldi at 10:54 AM