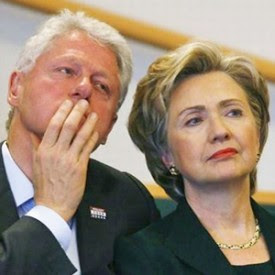 “What difference does it make?”

Indeed, Madam Secretary, Madam Senator, former first lady and FLOA, it makes a very big difference.
The last time we saw Hillary Clinton as our secretary of state, she was testifying before a congressional committee about Benghazi. During that meeting on Jan. 22, 2013, we heard her shriek, “What difference does it make?”
Earlier, right before one of the presidential debates, on Oct. 15, 2012, Hillary stated during a series of interviews that she, as secretary of state, was responsible for the security of the embassy staff. “The buck stops here.”
I remember being so surprised when I heard it, but I was immediately suspicious.
Nothing – absolutely nothing – is happenstance in the Clintons’ world. Everything they do or say is weighed, measured, practiced and tested. Taking responsibility for anything is rare for them, so I waited for follow-up, the next step. Of course, there was none. It was only a symbolic gesture as the head of her department. Saying it is easy. Doing something about it is a whole different matter. To make it stick, problems needed to be identified and corrected.
Did Hillary do any of that? Did she find the security lapses and beef up what should have been beefed up in the first place? Did she interview any of the staff? How about the members of their security force? Did she ask for and receive follow-up reports from witnesses who were in the embassy compound that night?
What difference does it make? It certainly makes a difference to the families and friends of the four men who died that night. When their bodies came home to Andrew Air Force Base, there was a grand display of solidarity and support for the families of the fallen, with Obama and Hillary leading the delegation of government and military officials. Looking oh-so distraught and sympathetic as she met with the families, she continued to blame the entire uprising on “that anti-Muslim video,” and she looked into the eyes of those families and vowed to bring the perpetrators to justice. Some may say that kind of follow-up should be in the hands of the “proper” authorities, not “hands on” by the secretary of state. Maybe. She made a promise. As a mother herself, she looked into the eyes of those mothers and promised results. So far, she’s done nothing but send up trial balloons about running for president. There are no committees, no valid reports, no interviews, nothing. Her word means nothing.
One has to wonder why the Benghazi attack happened at all. All of our embassies throughout the world are considered to be on American soil, and they are treated as such. They might as well be a government agency on Pennsylvania Avenue. Most of the people on staff are American citizens, and their safety is the responsibility of the State Department. In these troubled times and in the midst of terrorist threats, safety and security take priority.
Is there one amongst us who will never forget certain dates and events that helped shape our country? The assassinations of JFK, RFK and Martin Luther King. Oklahoma City. The Boston Marathon. We suffered our worst terrorist attack on Sept. 11, 2001. Most of the players are government employees working in government agencies. They should be a lot more attuned to these very significant anniversaries than most. It boggles the mind that no one, from the secretary of state to even a single janitor, did not take note of the fact that the anniversary of the worst act of terrorism on American soil was fast approaching, and it might have been prudent to remind everyone in the complex of that.
We may never know what really happened in Benghazi, but we owe it to the victims’ families and our country to find the truth. Mrs. Clinton does know what happened and, so far, she has been able to avoid telling it. If it is revealed that she played a major part in the demise of our four patriots, as we suspect she did, she might want to consider retreating from public life once and for all and, together with her husband, play the role of senior stateswoman.
We have all become weary of the Clintons and their dysfunctional family drama. We deserve better.
Read more at http://www.wnd.com/2014/03/america-deserves-better-than-clintons/#17ziAexQLxd4LWPT.99
Posted by theodore miraldi at 8:15 AM