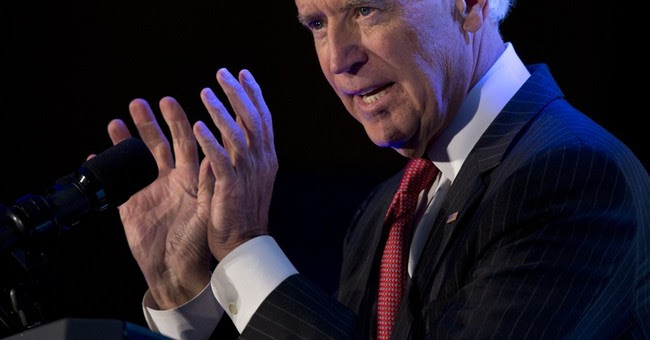 
You know, 11 million people live in the shadows. I believe they're already American citizens. These people are just waiting, waiting for a chance to contribute fully. And by that standard, 11 million undocumented aliens are already Americans, in my view.
All they want—they just want a decent life for their kids, a chance to contribute to a free society, a chance to put down roots and help build the next great American century. I really believe that. That’s what they’re fighting for.

Biden apparently preferred to round down, considering there are actually11.7 million undocumented aliens in America. Perhaps Biden’s slight miscalculation and his indifference to legal proceedings shouldn’t come as a surprise, considering the unlawful actions and factual errors made by his boss.
Biden referenced former President Theodore Roosevelt's 1894 speech “True Americanism” to assert that immigrants are precisely the type of courageous individuals America needs.
However, Biden ignored Roosevelt’s admonition that immigrants must alsoembrace the principles of American speech, politics, and principles:

It is beyond all question the wise thing for the immigrant to become thoroughly Americanized. Moreover, from our standpoint, we have a right to demand it. We freely extend the hand of welcome and of good-fellowship to every man, no matter what his creed or birthplace, who comes here honestly intent on becoming a good United States citizen like the rest of us; but we have a right, and it is our duty, to demand that he shall indeed become so.…

Democrats and Republicans both agree immigration reform is essential. However, trivializing the laws of the United States is no way to foster law-abiding citizens.
http://townhall.com/tipsheet/sarahjeanseman/2014/03/28/biden-states-illegal-immigrants-are-already-american-citizens-n1816131?utm_source=thdaily&utm_medium=email&utm_campaign=nl
Posted by theodore miraldi at 1:55 PM