To deny this now is to deny scientific fact' 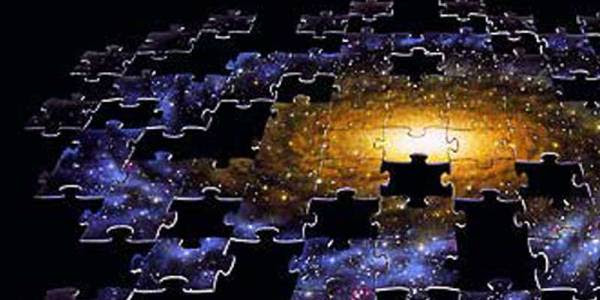 An Israeli physicist says the breakthrough scientific discovery of further evidence of the Big Bang theory, which some are calling “cosmology’s missing link,” confirms the universe was created.
“One thing the announcement does do is make it clear that the universe had a definite starting point – a creation – as described in the book of Genesis,” Bar Ilan University physics Professor Nathan Aviezer told the Times of Israel.
“To deny this now is to deny scientific fact.”
A team of scientists headed by astronomer John M. Kovac of the Harvard-Smithsonian Center for Astrophysics announced Monday it had found the evidence it was seeking to support the theory that the universe had a beginning.
The New York Times’ headlined it story “Space ripples Reveal Big Bang’s Smoking Gun.”
The report said radio astronomers had confirmed they had detected the beginning of the Big Bang, and a theory by physicist Alan Guth, now at MIT, regarding “inflation” appeared to be correct.
Guth’s hypothesis was that the universe was “wrenched violently apart when it was roughly a trillionth of a trillionth of a trillionth of a second old.”
Kovac’s study detected ripples in the fabric of space-time, what some are calling gravitational waves, as a signature of the creation event.
‘Proof’ of God’s existence?
Aviezer told the Times of Israel that the scientific evidence won’t make anyone believe in God.
“Without addressing who or what caused it, the mechanics of the creation process in the Big Bang match the Genesis story perfectly,” he said. “If I had to make up a theory to match the first passages in Genesis, the Big Bang theory would be it.”
He explained that the sequence of creation in the Genesis narrative begins with nothingness, moves to a ball of energy and light, and then to the universe.
Aviezer noted that even Cambridge University cosmologist Prof. Steven Hawking found “the actual point of creation lies outside the scope of presently known laws of physics.”
Now about that creator.
“As a scientist I tell people that faith in God is just that. We will never empirically ‘prove’ the existence of God,” Aviezer said. “The Torah quotes God as saying ‘let there be light,’ and science tells us that this light came into existence, exploding to create the universe as we know it. … At this point I think we can say that creation is a scientific fact.”
‘As big as it gets’
The New York Times said that if corroborated, Kovac’s work “will stand as a landmark in science comparable to the recent discovery of dark energy pushing the universe apart, or of the Big Bang itself.”
“It would open vast realms of time and space and energy to science and speculation,” the paper said.
Johns Hopkins University professor Marc Kamionkowski, an expert on early universe issues said in the report: “This is huge, as big as it gets. This is a signal from the very earliest universe, sending a telegram encoded in gravitational waves.”
Kovac and his team were working what is known as the “Background Imaging of Cosmic Extragalactic Polarization.”
Gravity waves, described by Arno Penzias and Robert Wilson at Bell Labs in the middle of the last century in their Nobel Prize-winning study, long have been a little understood factor in the universe.
Kovac and his team made observations through a series of radio telescopes at the South Pole. A breakthrough came in 2002 when it was noticed that microwave radiation is polarized.
The New York Times called it “a step toward the ultimate goal of detecting the gravitational waves from inflation.”
“Such waves, squeezing space in one direction and stretching it in another as they go by, would twist the direction of polarization of the microwaves, theorists said. As a result, maps of the polarization in the sky should have little arrows going in spirals.”
The data suggests that “what would become our observable universe mushroomed in size at least a trillion trillionfold – from the submicroscopic speck of primordial energy to the size of a grapefruit – in less than a cosmic eye-blink.”
It’s apparently been growing ever since.
‘Missing link’
The existence of the waves had been predicted by Albert Einstein.
Reported the New York Times: “Confirming inflation would mean that the universe we see, extending 14 billion light-years in space with its hundreds of billions of galaxies, is only an infinitesimal patch in a larger cosmos whose extent, architecture and fate are unknowable. Moreover, beyond our own universe there might be an endless number of other universes bubbling into frothy eternity, like a pot of pasta water boiling over.”
At the Johns Hopkins website, Kamionkowski said, “It’s not every day that you wake up and learn something new about what happened one trillionth of a trillionths of a trillionths of a second after the Big Bang.”
He called the initial reports “cosmology’s missing link.”
Lawrence Krauss, a theoretical physicist at Arizona State University, told the Associated Press the announcement, if documented, “gives us a window on the universe at the very beginning.”
A Stanford University posting said the waves being detected are “a faint glow left over from the Big Bang.”
“Tiny fluctuations in this afterglow provide clues to conditions in the early universe. For example, small differences in temperature across the sky show where parts of the universe were denser, eventually condensing into galaxies and galactic clusters.”
Read more at http://www.wnd.com/2014/03/physicist-big-bang-breakthrough-confirms-creation/#s8UXHiDDGvjU0zqY.99
Posted by theodore miraldi at 6:27 PM