Disenchanted Democrats have a Dilemma 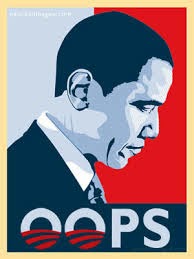 
Four years ago, Democratic lawmakers faced a moral dilemma. They knew that the unpopular health care bill before them was based on patent lies, but they were under enormous pressure from Harry Reid and Nancy Pelosi to support it. They had to choose between party loyalty and personal integrity. Because of their blind loyalty, millions of Americans are now losing their long-held insurance policies or their trusted doctors. Others are seeing drastic increases in premiums and deductibles. But the worst is yet to come. In an effort to conceal the most onerous parts of the law and protect Congressional Democrats from outraged voters, the President has cleverly and unlawfully delayed significant provisions of Obamacare until after the mid-term elections. Yet even with that help, incumbent Democrats are nervous.
They should be worried about something else too. When Democratic voters cast their ballots in November, they will also be facing a dilemma of sorts. Many will have to decide whether their loyalty to the party is strong enough to overcome serious misgivings over its radical new agenda. For the Democratic Party of today is not the party their grandfathers proudly supported so many years ago.
Democrats have always seen themselves as champions of the underprivileged and the oppressed. In 1964, Lyndon Johnson launched the so-called War on Poverty. It was a noble concept, but it was rife with abuses and led to widespread government dependency. More importantly, it did little to reduce poverty. According to the U.S. Census Bureau, the poverty rate had already begun a precipitous drop prior to Johnson’s initiative, and stood at about 19 percent when the program started. Despite enormous resources expended over the years, today that figure is still about 16 percent. But today’s Democrats have another solution. They call it redistribution of wealth. Their War on Poverty has now become a war on wealth.
In 1960, just before the War on Poverty was launched, the National Democratic Party platform made no mention whatsoever of the word “wealth.” Its 2012 platform negatively referred to that word 19 times. Never before in our history has a major political party sought to divide our country along socio-economic lines. The class envy that Democrats now cultivate is dangerous to the country and antithetical to the principles upon which it was founded. In fact, it more closely resembles Socialist and Communist doctrine: “From each according to his abilities, to each according to his needs.”
But Democrats once saw things differently. They addressed the world’s Communist dictators in their 1960 platform: “We believe your Communist ideology to be sterile, unsound, and doomed to failure.” They also wrote: “Free competitive enterprise is the most creative and productive form of economic order that the world has seen. The recent slow pace of American growth is due, not to the failure of our free economy, but to the failure of our national leadership.”
Compare those words to their relentless attacks on wealth and Capitalism today.
The wealth they intend to harvest from hard-working, successful Americans would be spent on growing entitlement programs, creating even more government dependency and crushing the competitive spirit. In Democratic jargon, government spending is euphemistically called “investment.” In that context, the 2012 Democratic platform contained more than 50 references to the term “invest.” It was mentioned just three times in its 1960 platform. Today’s Democrats have forgotten John F. Kennedy’s admonishment: “Ask not what your country can do for you…”
And the party has changed in many other ways. In 1960, Democrats attacked Republicans for failing to reduce the national debt, which then stood at a paltry $300 billion. Today, the debt is more than 56 times that amount, yet Democrats continue to demand higher debt limits to help pay for more entitlement programs.
One other notable change in the party surfaced during its 2012 convention. As members debated the party platform, chaos erupted when members of faith insisted on including some reference to “God.” Ultimately, they prevailed over the furious objections by more radical Democrats. Considering that their positions on social issues contradict the teachings of most organized religions, their objections were inevitable. In 1960, no one balked at this simple invocation written into the Democratic platform: “In this spirit, we hereby rededicate ourselves to the continuing service of the Rights of Man - everywhere in America and everywhere else on God's earth.“
We’ll soon see if this new party recognizes the long-held faith of its members, or if it embraces the words of Karl Marx: “The first requisite for the happiness of the people is the abolition of religion.”
Life-long Democrats have seen a fundamental change in their party. It has been heavily influenced by radical, Socialist, and Communist principles, and is no longer the party of John Kennedy; nor is it their grandfather’s party. It is working to create a Godless, hedonistic, egalitarian society, void of personal responsibility, and dependent on the state for food, shelter, education, and health care. That may be why a recent Gallup Poll shows that only 31% of Americans now identify themselves as Democrats. Fifty years ago, that number was closer to 60%.
http://www.rightsidenews.com/2014032534045/editorial/us-opinion-and-editorial/disenchanted-democrats-have-a-dilemma.html
Posted by theodore miraldi at 4:01 PM