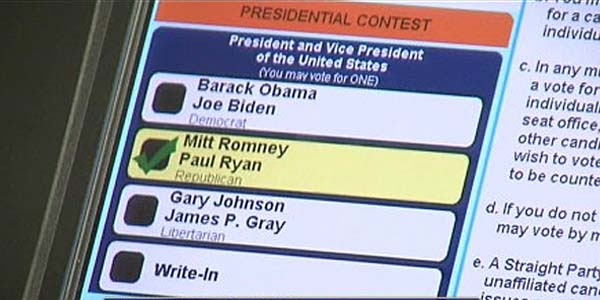 So begins a brief, glowing New York Times blog profile of Scytl, the Spain-based firm that in January 2012 acquired 100 percent of SOE Software, the leading software provider of election management solutions in the United States.
The Times’ article earlier this month, which reads more like an Scytl press release, notes the global financial crisis has caused governments to turn to Scytl to save money on election costs.
New York’s voting system, the Times’ reports, “allows the state’s overseas voters and military personnel to download ballots online before mailing them back to New York,” a system that is “overseen by Scytl.”
New York is just one of about a dozen states deploying Scytl software in elections.
Last year, a Scytl news release boasted the company’s “electronic pollbook solution recently achieved a significant milestone by eclipsing the 100th implementation in the United States.”
“This number continues to grow with many jurisdictions planning to implement electronic pollbook technology ahead of the 2014 election cycle,” continued the release.
The electronic pollbook reportedly allows U.S. election officials and poll workers to manage the electoral roll on Election Day in an efficient and convenient manner.
Scytl’s electronic pollbook solution was utilized in small and large election jurisdictions throughout the nation, including in Washington, D.C.; Galveston County, Texas, along with 50 other Texas counties; Kane County, Ill.; and the city of Peoria, Ill.
“We are very excited that our superior platform and unique solution have earned the trust of more than 100 election jurisdictions who have successfully utilized our electronic pollbook in major elections,” said Marc Fratello, CEO of SOE Software.
“We also look forward to expanding our offering to other election jurisdictions across the United States,” added Fratello.
Scytl also supplies overseas and military ballots for several states.
Scytl may soon see a jump in U.S. interest. In January, President Obama’s special commission on election reform recommended future electronic voting, even suggesting tablet computers, such as iPads, be used to cast votes, as WND exclusively reported.
Obama’s 10-person Presidential Commission on Election Administration released its recommendations a 99-page document available online.
Much of the media coverage of the commission’s conclusions focused on a summary of key recommendations provided by the White House.
The recommendations are:
However, a WND review of the commission’s full paper finds far more extensive recommendations for electronic voting.
The document states that software-only products “can be integrated with off-the-shelf commercial hardware components such as computers, laptops, tablets, scanners, printers, and even machine-readable code scanners and signature pad products.”
“Tablet computers such as iPads are common components of these new technologies. They can be integrated into the check-in, voting, and verification processes in the polling place.”
The commission called attention to new technologies that allow voters to “pre-fill” sample ballots at home that can be later scanned at the polling place.
The panel addressed concerns that such technologies can be hacked.
The commission stated: “The fact that a tablet or off-the-shelf computer can be hacked or can break down does not mean such technology is inherently less secure than existing ballot marking methods if proper precautions are taken.”
The concept of electronic voting is already being tested.
WND reported in 2012 that Scytl announced the successful implementation of technology that allows ballots to be cast using Google and Apple smartphones and tablet computers.
Obama’s panel was chaired by Robert F. Bauer, the president’s personal attorney who served as White House counsel until 2011.
With additional research by Brenda J. Elliott.
Read more at http://www.wnd.com/2014/03/foreign-made-vote-machines-in-new-spotlight/#iusWXGSe7S65DwgM.99
Posted by theodore miraldi at 7:14 AM