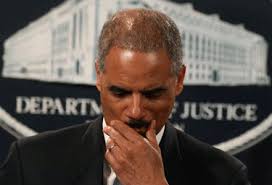 
Earlier today, a jury in Manhattan federal court convicted Osama bin Laden’s son-in-law, Sulaiman Abu Ghaith, of al Qaeda’s conspiracy to mass-murder Americans, as well as providing material support to the terror network. I discussed the case here, and Ben Weiser’s report at the New York Times is here.
The result is cause for celebration, including for those of us who can separate public policy disputes from justice in individual cases. I have been arguing for many years that alien enemy combatants should not be given civilian trials, particularly while the war is still ongoing—and while the country certainly does not seem to be on a war footing, we are still have troops in harm’s way, we are still in armed combat against al Qaeda and its allies under a congressional authorization of force, and the Obama administration is still using lethal force against al Qaeda operatives under the laws of war. But regardless of whether I ever succeed in persuading the government on how enemy-combatant terrorists should be treated—the current administration is dead set against my position—I still want the United States to convict culpable terrorists, no matter where the trials happen, civilian or military court.
The policy debate is by definition political (in the non-pejorative sense of “political”); but no one should want to see the trials themselves politicized.
Alas, Attorney General Holder cannot help himself. Here is part of the press release he put out after Abu Ghaith’s conviction:


"I want to especially note that this verdict has proven that proceedings such as these can safely occur in the city I am proud to call home, as in other locations across our great nation. It was appropriate that this defendant, who publicly rejoiced over the attacks on the World Trade Center, faced trial in the shadow of where those buildings once stood.
We never doubted the ability of our Article III court system to administer justice swiftly in this case, as it has in hundreds of other cases involving terrorism defendants. It would be a good thing for the country if this case has the result of putting that political debate to rest. This outcome vindicates the government’s approach to securing convictions against not only this particular defendant, but also other senior leaders of al Qaeda."