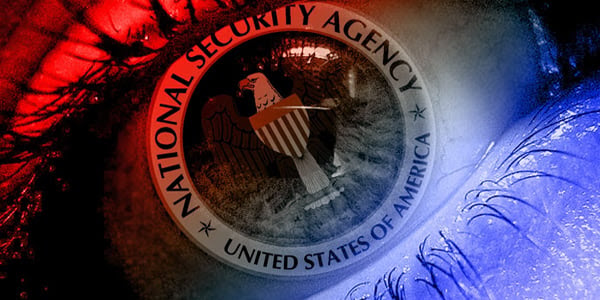 Use Facebook? Millions do. Maybe Google? Just about everyone.
Then there’s Yahoo, YouTube, Skype, AOL, Sprint, AT&T, Apple, Microsoft, PalTalk “and other certain telecommunications and Internet service providers.”
You soon could be part of the plaintiffs class in a lawsuit against the National Security Agency, more specifically Barack Obama and his NSA administrators, over the federal government’s spy-on-Americans programs.
Attorney Larry Klayman of Freedom Watch, who earlier filed the lawsuit over the spy programs, now has requested a class action certification.
The request was submitted to Judge Richard J. Leon, who on Dec. 16, 2013, ruled that the NSA and other government defendants had violated the constitutional rights of millions of Americans by collecting and accessing the “metadata” from their telephone calls.
“This new class action suit expands the allegations of constitutional violations to include the NSA’s collection of Internet metadata, social media and its spying on overseas phone calls under its PRISM program,” Klayman explained in his announcement.
The suit also includes the Central Intelligence Agency as a defendant, as well as its director, because of its “similar illegal surveillance” on Americans.
Klayman explained that just recently, Sen. Dianne Feinstein, D-Calif., a former proponent of “this illegal spying” complained that the CIA had been spying on her and her congressional colleagues.
Former President Jimmy Carter also revealed he no longer uses the phone or Internet, but does his confidential communications by mail.
Help Larry Klayman with his class-action suit against Obama’s use of the NSA to violate Americans’ rights
“Such is the damage to free speech rights that have been wreaked on the American people,” said Klayman.
The motion explains the class of victims really includes “American citizens who are or have been subscribers, users, and/or consumers of Facebook, Google, Yahoo, YouTube, Skype, AOL, Sprint, AT&T, Apple, Microsoft, PalTalk, and other certain telecommunications and Internet service providers and have had their telephone calls, Internet activities, emails and/or any other
communications made or received through said certain telecommunications and Internet
service providers, collected, recorded and/or listened to by or on behalf of defendants.”
Klayman earlier noted that government defendants were trying to claim that they had not been served with the lawsuit, even though they already had submitted some answers. He also blasted the defendants’ arguments that some information was classified.
“It seems that the government defendants conveniently forget that this court has a security clearance and that if indeed there are legitimate national security issues, the government defendants should have responded to the court with an in camera answer, in addition to the public one,” he wrote then.
He called the argument an “obvious subterfuge” and said the defendants are using it to withhold “vital information necessary for this case to move forward and are again showing a disrespect not just to this court, but the entire judicial system.”
Klayman brought his case to court late last year, challenging the NSA operations that detect and record data from telephone calls by Americans. In December, when Leon ruled the NSA’s mass collection of phone data was probably unconstitutional, he ordered the agency to stop collecting such data on Klayman and Charles Strange, the father of a Navy SEAL killed in action in Afghanistan.
Leon ruled that the Foreign Intelligence Surveillance Act, or FISA, contains no language expressly barring any third-party challenges to FISA court orders. That meant that Klayman’s clients had standing to bring such a lawsuit and dispute the constitutionality of the NSA spying program, something the government disputes. That’s also when Leon ruled the government had likely violated the Fourth Amendment’s prohibition on unreasonable searches and seizures.
Klayman’s lawsuit was filed after former NSA contractor Edward Snowden revealed a FISA court order that allowed the government, under a provision of the Patriot Act, to require Verizon to provide data on all calls made on its networks within the U.S. and between the U.S. and a foreign country.
Read more at http://www.wnd.com/2014/03/welcome-to-lawsuit-against-nsa/#Q5Cr8DwmuUQjXMIy.99
Posted by theodore miraldi at 12:47 PM